Published on September 1, 2022 by Diamond Nunnally   Share this on: 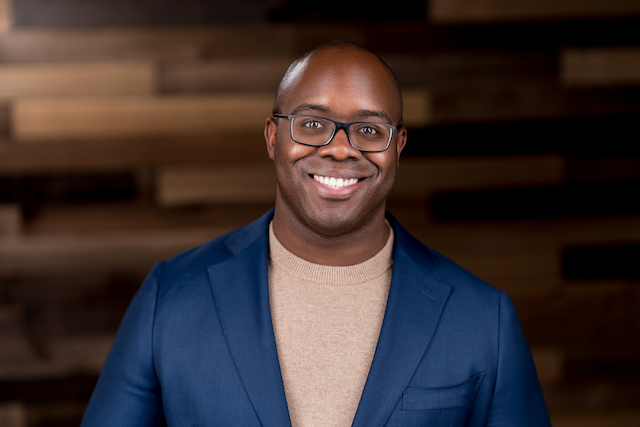 “I’m thrilled Esau McCaulley will be joining us for the Davis Lecture in October. He is one of America’s most insightful public theologians whose commentary is consistently grounded in scripture, faithful Christian witness, and his own rich formation in the African American church,” said Howard College of Arts and Sciences Dean Tim Hall.

McCaulley is an associate professor of New Testament at Wheaton College and a theologian in residence at Progressive Baptist Church, a historically Black congregation in Chicago. His first book, Sharing in the Son’s Inheritance was published in 2019. His second book, Reading While Black: African American Biblical Interpretation as an Exercise in Hope (2020), won numerous awards including Christianity Today’s book of the year.

"Reading While Black illuminated blind spots in my own thinking about race and Biblical justice in America, and I am looking forward to gaining fresh insights from him during his visit to Samford,” Hall said.

Biblical and Religious Studies Chair Roy Ciampa taught McCaulley when he was a professor and chair of Biblical Studies at Gordon-Conwell Theological Seminary in Massachusetts.

“Esau McCaulley is one of the most important voices in biblical interpretation today. His book, Reading While Black: African American Biblical Interpretation as an Exercise in Hope, is essential reading for all Christian leaders, showing how much we all must learn from the interpretive insights of our sisters and brothers in the Black church tradition,” Ciampa said.

McCaulley’s most recent work Josey Johnson’s Hair and the Holy Spirit is a children's book for IVP kids. He is also a contributing opinion writer for the New York Times. His writings have appeared in places such as The Atlantic, Washington Post and Christianity Today.

“I read and recommend everything Esau writes as he has shown consistent wisdom and insight that enriches readers from all backgrounds. He is an ideal speaker for our Davis lecture!” Ciampa said.

During the lecture, McCaulley will speak about What is African American Biblical Interpretation and Why It Matters: Further Reflections on Black Ecclesial Interpretation.

"I'm looking forward to being with the wonderful community at Samford University! My mother-in-law went to school there as an undergrad, and I’m from just down the road, so it’s an honor to return to my home state," said Esau McCaulley.

The J. Roderick Davis Lecture series was named after a 1958 Howard College alumnus and dean of Howard College of Arts and Sciences. When Davis retired in 2001, his colleagues honored him with this series of bringing scholars and intellectuals to Samford's campus.

Students receive convocation credit for attending the lecture. The event is also free and open to the public.