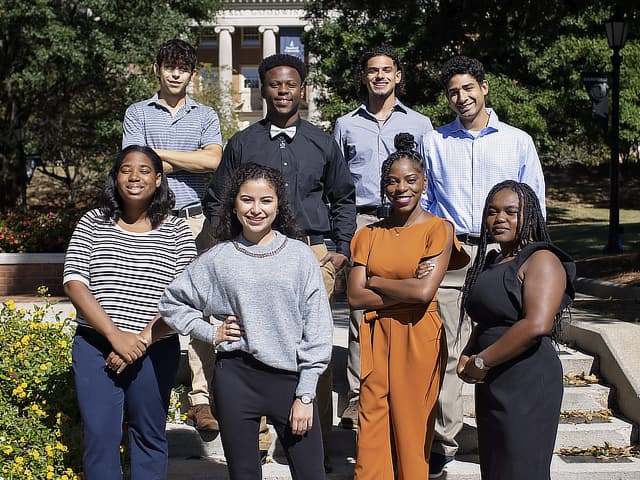 Meet this year’s class of Samford’s Ragland Scholars, the cohort experience which aims to orchestrate an intentional learning community connecting multi-cultural student leaders with an enhanced Samford experience. The program is named for Elizabeth Sloan Ragland who, in 1969, became the first Black undergraduate student to live in campus housing at Samford. 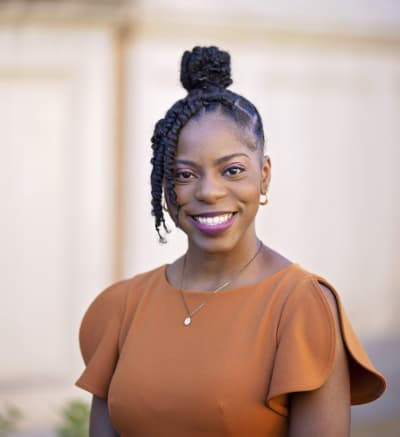 Kionna Ramsey is majoring in neuroscience with a minor in social entrepreneurship and nonprofit management. Originally from Huntsville, Alabama, Ramsey did not intend on continuing her education at Samford.

“Coming here was not my original choice, but Samford was the school out of all my options that pursued me most and made me feel important and ‘seen.’ So, I guess you could say, Samford chose me,” said Ramsey.

Ramsey believes that to be a Ragland Scholar is to be a trailblazer.

“Being on a campus where minorities are not the majority, having a space where you are seen, safe and supported helps me feel that I matter and that I can be of impact. That I can do anything I set my mind to, even if I am the first to do it,” said Ramsey.

Ramsey hopes her legacy at Samford is marked by impact.

“During my journey here at Samford, I hope that in the end, someone can say that because of me, their life has been impacted. Whether it is through an encouraging conversation, being under my leadership in some capacity or just from a friendly smile as they pass by me on campus. I hope that many can attest that no matter what, I persisted despite adversity and remained true to who I am,” said Ramsey. 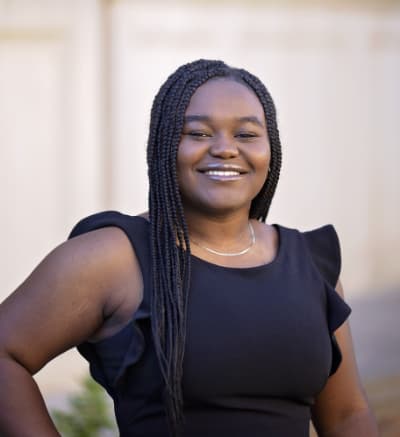 Katelyn Kepple is currently a pre-pharmacy major and calls Birmingham, Alabama, her hometown. After several college tours she chose Samford because of its dedication to her and her coursework.

“I felt that Samford was the right fit for me because it is a Christian school and provided me with more opportunities for personal relationships with my instructors and peers,” said Kepple.

Kepple believes being a Ragland Scholar signifies the advocation of diversity around campus and portrays leadership and the encouragement of academic success in different minorities while emphasizing the importance of understanding different cultures and perspectives.

“Samford University is a diverse student body with instructors from all over the world. It is important for us to have discussions on difficult topics and confront some sense of the issues today so that we may gain an understanding of new ways and ideas to see the world through other’s eyes. My hope is to engage others to have an open mindset while having conversations about cultural differences and respectfully agreeing to disagree, because everyone should have the opportunity to express their perspective or ideas regardless of their ethnicity or background,” said Kepple. 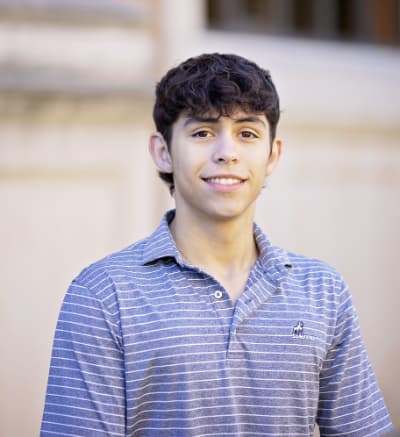 Dylan Alana is currently pursuing a major in law, politics, and society and is originally from Dallas, Texas. He chose Samford because he desired a Christian environment that encouraged growth and development.

Alana believes that being a Ragland Scholar entails striving to be a leader, helping to diversify campus and breaking racial barriers.

“I hope to impact Samford by proving that students of color, especially Hispanic students, can not only grow on Samford’s campus, but thrive and become leaders to their peers,” said Alana. 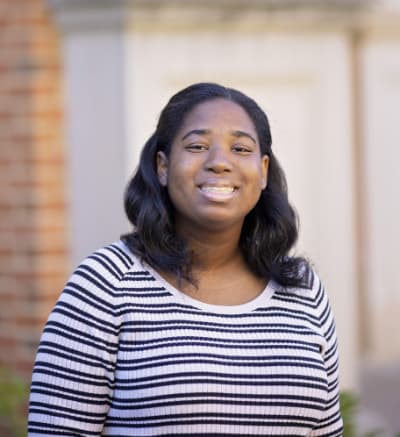 Julia Tripp is majoring in business management and is originally from Memphis, Tennessee. She chose Samford because of its thriving community.

To Tripp, being a Ragland Scholars means being a voice for diversity on campus, not only in race but also in thought.

“I hope to create a legacy here at Samford by having meaningful conversations that can be the catalyst for change. I would hope that when I leave Samford that they would remember Julia Tripp as someone who embraced people with different ideals and someone who stood firm in hers,” said Tripp. 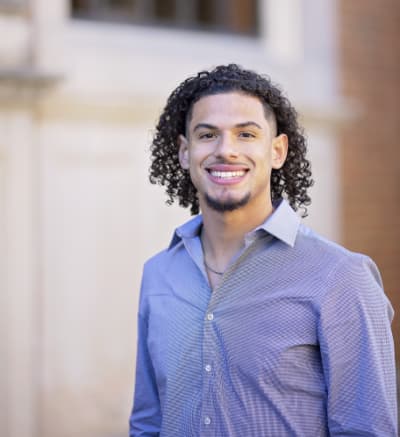 Juan Canales-Alvarado is currently studying political science. Originally from Jacksonville, Alabama, he chose Samford because of faith, reason, and community.

“I chose Samford because this is a special place that rides the line between faith and reason. The community sense here at Samford really made me feel as though this is the place where I can be successful because here, I am more than just a number,” said Canales-Alvarado.

Canales-Alvarado believes that being a Ragland Scholar is one of his greatest achievements.

“Being a Ragland to me is one of my highest achievements to date. Simply because of the refined community that belongs to the Ragland Scholar name. I am part of such a distinguished group of young people of color that are going to do some wonderful things,” said Canales-Alvarado.

Canales-Alvarado plans to leave a legacy of diligence and inclusion.

“I plan to leave my legacy here on Samford’s campus by doing diligent work as I continue my SGA career here. I have already started by becoming our first-year class president. I would love to continue the fight to help bring diversity to campus and even go as far as bringing more minority Greek letters to campus one day,” said Canales-Alvarado. 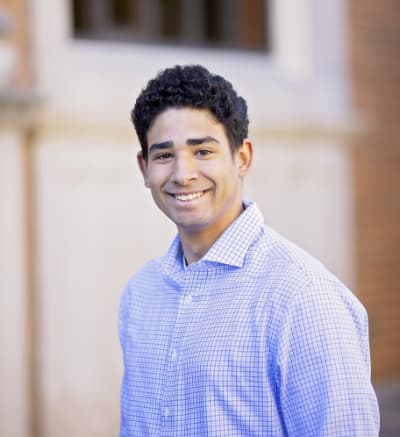 Chandler Carr is currently studying business management and is originally from Pelham, Alabama. He chose Samford because of what it gives today and what it gives in the future.

To Carr, being a Ragland Scholar is about freedom of expression and setting an example.

“Being a Ragland Scholar means that I can show I am proud to be me and freely express myself to others. I can share my ideas and beliefs to others like me and be an example for those who look up to us,” said Carr.

As for Carr’s legacy, he is hoping to make an impact.

“I hope to create a legacy that expresses the eagerness to love God first and foremost. Also, a legacy of growth and development not only for myself but those around me. I want people to be able to come here and thrive, not just get by,” said Carr. 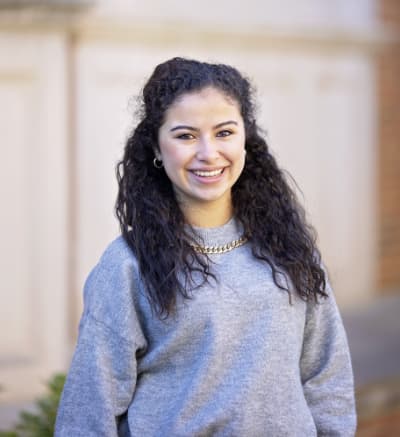 “I chose Samford because of its excellent academic opportunities and because I wanted to share my culture with a school that is doing its best to increase diversity in the faculty and student body,” said Fernández Arana.

To Fernández Arana, being a Ragland Scholar means being proud of where you come from and being willing to share about her culture with others.

“I hope that I get the opportunity to share my knowledge and experiences with other people and learn about them as well,” said Fernández Arana.

To Almansoob, being a Ragland Scholar means being a human being who loves, understands and cares for other human beings.

“My biggest goal for the years at Samford University is to build a community of kind and embracing people for people. I want to build a community where all students, faculty, and staff feel at home whenever they walk or work on campus. Having a community of friends, professors, staff, mentors, and peers will support everyone in continuing their other goals, so that no one is left behind struggling to fit in or keep up,” said Almansoob.