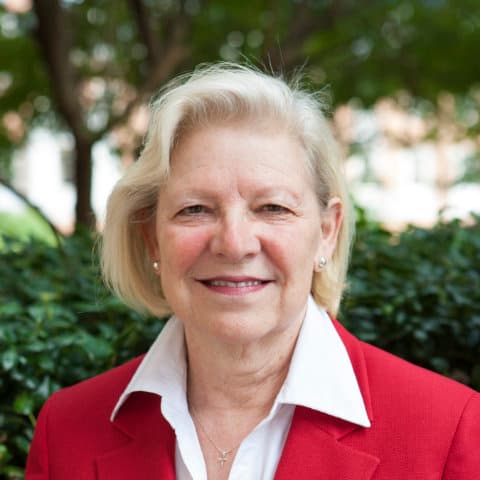 One highlight of nutrition and dietetics professor Patricia Terry's career at Samford has been seeing the level of research undergraduate students are doing.

“Thirty years ago, the food science classes that I taught did not have sufficient lab equipment to do much food research of any kind,” Terry said this spring. “Through the years the advanced equipment that we have accumulated has allowed our undergraduate students to do graduate level research and present it at both the state and national level.”

Terry, who joined Samford in 1990, retired in May.

For about 20 years she taught the Food, Culture and Society class not only on campus but also in London and Costa Rica. She said being able to experience other cultures with her students and Samford faculty was one of the most important parts of her career.

“I loved seeing my students embrace something new and exciting and challenging that would stay with them the rest of their lives. It gave them a global and cultural perspective that they would carry not only into their professional lives, but personally.”

Her greatest highlight, she said, was “seeing our graduates become professionals in many areas using their foods, nutrition and dietetics degrees” as hospital dietitians, sports dietitians, community nutritionists and in other diverse fields such as child nutrition, food management, public health and many others.

Terry said “the most amazing thing that occurred in my time at Samford was the creation of the College of Health Sciences and growth of the Department of Nutrition and Dietetics.” She has seen the department grow from having only one full-time and two part-time faculty to a program offering undergraduate foods, nutrition and dietetics specialties as well as Dietetic Internship and master's degree programs.

“Thirty years ago,” she said, “this was only a dream.”

In retirement, Terry plans to remain active in the nutrition dietetics community local and nationally. She will also be assisting in the Samford Wellness Kitchen, a community teaching kitchen created by the department in 2017.