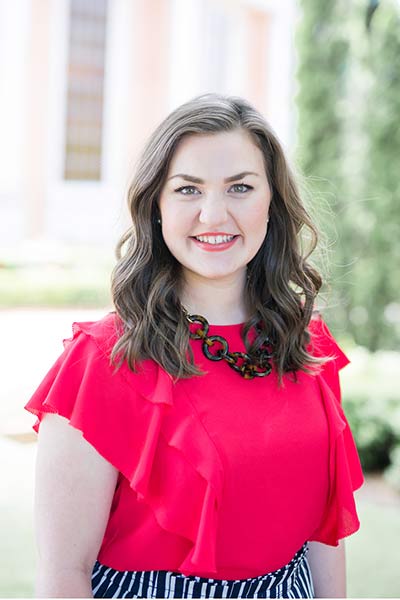 Originally from Bunkie, Louisiana, Julie attended Northwestern State University where she earned a B.A. in Theatre. She traveled as a consultant for her national sorority following graduation to 41 campuses across the country. Julie received her Master’s degree in Counseling and Personnel Services from the University of Southern Mississippi. Prior to coming to Samford, Julie served the University of North Alabama as the Assistant Director of Student Engagement over seeing fraternity and sorority life. In her role as Director of Greek Life, Julie advises the three Greek governing councils at Samford, encompassing 15 active Greek letter organizations. Julie is committed to developing Greek student leaders and working with them to align their faith, fraternal values, and daily lives.