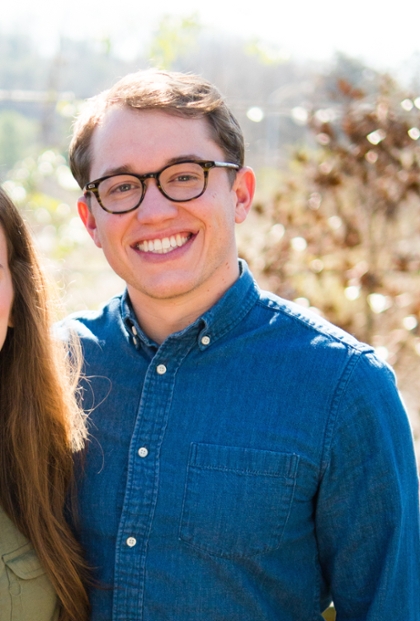 “You are witnesses of these things.”

These are the words that Jesus spoke to his disciples days after his resurrection and just before his ascension, according to the Gospel of Luke.  These disciples had had quite the whirlwind of years.  They were plucked from obscurity, chosen by this unique, vagabond Rabbi, to follow him.  They had seen Jesus calm storms, heal the sick, break a few loaves and feed thousands, and many other miraculous things.  They had heard him stump the spiritual and academic elite with teachings and parables that were at once simple and confounding.  They had heard him prophecy about the coming kingdom of God, and foretell of his death.  They had seen him arrested secretly, murdered unjustly, and buried unceremoniously.  And then, perhaps wildest of all, they had seen him resurrected triumphantly.  He was dead, and now he was alive, sitting with them, telling them, “You are witnesses.”

It was unbelievable, in some sense, and yet they had seen it themselves.  They saw him, touched him, smelled him, and heard him.  They WERE witnesses.

In the few years that they followed Jesus, Jesus gave the disciples many different commands.  “Follow me.  Repent.  Love one another.  Cast out demons.  Pray.  Forgive.  Seek first the kingdom of God.”  And now, in his final moments with them, he was giving them another.  “You are my witnesses.”  Luke tell us that he reiterates this command when he writes in Acts 1:8 “But you will receive power when the Holy Spirit has come upon you, and you will be my witnesses in Jerusalem and in all Judea and Samaria, and to the end of the earth.”

And he’s saying it because this is now the job of the disciples; to give a witness about Jesus.

So then we ask ourselves… are we disciples of Jesus?

If so, are we giving a witness?

In order to give a witness you must have seen something first.  Have you seen the work of Jesus in your life?  Do you remember meeting him and experiencing him and being loved and forgiven and accepted by Jesus?  Witness that.

Have you learned God’s truth, God’s love, and God’s promises as revealed in Scripture?  Witness that.

Have you felt the work of the Holy Spirit in your heart, bearing His fruit in your day to day life?  Witness that.

If you’ve seen and hear and experienced Jesus, you can give a witness as Jesus commands.

This doesn’t have to be hard.  It doesn’t require a courtroom with a judge and a jury, as the word might suggest.  It involves a lunchroom, or a car ride, or a slice of pizza.  It involves innocuous phrases like, “Hey, listen to this new thing God has been teaching me.”  Or, “This might sound strange, but I’ve been praying for something and this is how God answered.”  Or, “Hey, what do you think about Jesus?”

One of our responsibilities as disciples of Jesus is to give a witness to what we’ve seen and heard.  This first means that we need to remember all that it is that we’ve seen and heard.  And then we need to befriend those who haven’t heard this, and tell them.  Bear witness to them.  Tell them about Jesus and the miracles He’s done in your life.  That you are a new creation; that the old has gone and the new has come in Christ.  Pray that they experience Jesus in that way that you have.  And then tell them, “You are now a witness.”