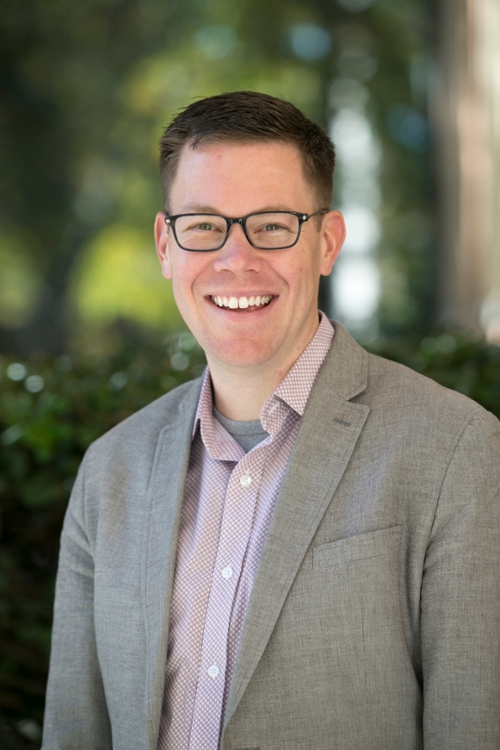 I’m the son of funeral directors - it’s the family business.  I started playing for funerals in 5th grade, and well, I haven’t stopped since then.  Everybody always wore black suits for those funerals, but I never had black clothes, so my mom always dressed me in my best blue jeans and one of my dad’s navy blazers.
According to my parent funeral directors, all funerals include two things: An obituary and a eulogy.  So, here’s my attempt at both.
OBITUARY
anima (lower case and italicized), daughter of Samford University and the School of the Arts, was born on May 13, 2013, and departed this life on the fourth floor of Buchanan Hall on September 5, 2017, at the age of five years old.
anima lived a fruitful life.  In her five years, she established a website of resources for worship leaders young and old.  She hosted four summer gatherings, called Animate, some of which were better than others.  She took dozens of students to Shocco Springs in Talladega, Alabama; Springville Camp and Conference Center in Gadsden, Alabama; Orlando, Florida; and she even traveled annually with groups to Grand Rapids, Michigan, and Orlando, Florida.  She created an online certificate in worship leadership, hosted numerous guests on campus, served many meals, and designed many, many, many, many t-shirts.
anima was latin for “soul” or “life” and from the beginning, people questioned her pronunciation and existence.  Dean Hopkins asked, “are you sure you want to call it that?”  Dr. Fouse made sure everyone knew how to pronounce it - AH - NEE- MAH.  Claude always optimistic said, “You know, it’s creative!  I like it.”  Dr. Westmoreland said, “Huh.”
“How do you say her name?”  they would ask.  “Are you working with Japanese artwork in the form of cartoons?”  “I’m 65, and people at my age hear that word and we worry about …”  This summer, we heard from one parent who said, “I pay to send my daughter to the summer thing animae, but I have no idea how to pronounce it, and I have no idea what she’s doing there.”
anima died because of an identity issue.  Though she was fruitful, no one ever really understood what or who she was.  She was preceded in death by her former namesake, the Forum for Worship and the Arts.  Everyone who knew her realized that anima hadn't been the same since losing Forum.
anima is survived by her parents, Samford University, the School of the Arts, the Center for Worship and the Arts, as well as family and friends.  In lieu of flowers, the family requests that memorials be made in the form of registrations to Animate, the Online Certificate in Worship Leadership, and checks payable to Eric Mathis.
EULOGY
At times like these, it’s always useful to turn to scripture.  Scripture has many examples of name changes.  There is the familiar Saul to Paul in Acts 9.  Daniel was formerly Belteshazzar, Hananiah became Shadrack, Azariah became Abed-Nego.  And, in Genesis 17, Abram became Abraham.
The truth is that anima was never about a name.  anima was always about the people who joined in the work and mission of anima: empowering worshipers, especially teenagers, to connect their imagination, creativity, and enthusiasm to all the powers and possibilities inherent in worship and the arts.  It was about the people who said with Abraham “We want this for our descendants, and we will work to make sure they have it.”
This has happened as congregations have introduced the arts into their worship life.  It has happened as teenagers have said, “I’ve found my place in the church as a dancer, a musician, a speaker, an artist.”  It has happened as congregations have said, “Do you see what our young people are doing?  What if we include them in the larger life of the church?”  And, what if we bring adults of all ages alongside them so they can learn together?”
These stories exist because you - Samford administration, faculty, staff, and students, joined together, centering themselves on the hope that the most artistic act any Christian can do is gaze on, or perhaps imagine, the beauty of the Lord in the temple and fix our eyes on Christ, the object of our worship.
So, what’s next?  The death of anima came after a summer of assessing our work, preparing for year five of Animate.  The idea of being known only as the CENTER for worship and the arts became compelling.  It is clear that the hope of our work is to center ourselves and those with whom we minister on the covenant that we as God’s people have with God.  And, so that’s what we’re going to think about every time we say the name CENTER for worship and the arts.
The ghost of anima will be around - in tshirts, journals, pens, brochures, and an occasional slip of the tongue.  But, anima is now known as the Center for Worship and the Arts.
So, here’s to year 5 of the CENTER for Worship and the Arts.

What was anima is now simply the Center for Worship and the Arts at Samford University; we will retain the name of our summer program, Animate.  This decision comes after careful prayer, evaluation, and more than twenty listening sessions with administration, faculty, staff, teenagers, college students, parents, and ministers the past three months.  As the Center begins its fifth year of ministry, we believe our work and ministry is poised to strengthen in the days ahead, and we look forward to sharing about new opportunities and next steps in the days, weeks, and months to come.