Robes and Fake Beards Not Allowed 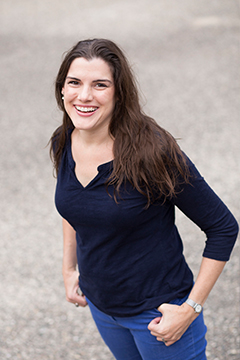 The following blog post is adapted from a about about Scripture and story in worship that Joy is currently writing.

Is your congregation challenged by a lack of storage space? I have one suggestion: get rid of any “Bible costumes” you have. Good-bye bathrobes! So-long, fake beards! Hasta la vista, plastic gold crown! Hello, clean and organized storage space!

But this is not an article about simplifying or organizing. (I am neither simple nor organized.) This simplification is motivated by the theology of the incarnation! (We’ll get to this in a bit.)

Now, I am not one for rules, and so it’s surprising that I have this one, considering that I teach biblical storytelling and enacted scripture with a breadth of artistic freedom and the idea that rules are to be broken, but I universally assert that No One Ever Should Wear “Bible Costumes.”

Why?  Thanks for asking.

Scripture is an ancient book, written in a different context, a different culture, and in languages that most of us don’t speak. The style of writing is different than we’re used to reading. The themes, ideas, truths, and narratives within Scripture are different than anything we’re getting from any other form of media. But God is on our side, and the Holy Spirit helps us to understand in three ways:

The Holy Spirit works to help us apply the text to our lives, to help us encounter the stories, to live within them.

But robes and fake beards don’t help us understand Scripture. They don’t help us identify with the humanity of the characters. They’re a further reminder that so much in the Bible is alien and weird. Plus, guys always get those beard hairs in stuck in their mouths and it’s distracting.

So instead of Bible costumes, get creative. Ask yourself: If Mary were alive today, what would she wear? Jeans and a t-shirt? Would a king wear a royal robe, or a royal designer jacket? What would shepherds wear? Trucker hats? Workboots? (That’s what I imagine!)

This is not an original idea. Artists have been painting Biblical scenes with characters wearing contemporary clothing for centuries. Contemporary artist Donald D. Krause has a painting entitled “Jesus anointed at Bethany by a sinful woman.” In it, Jesus (who looks like a regular dude) is wearing a button-up shirt and has a 5 o’clock shadow. He’s carrying a little weight. One of the disciples has on a grey sweatshirt and a goatee.

One of my favorite theological terms is “incarnation.”  This has nothing to do with flowers or cars, but, as I think about, it has everything to do with flowers and cars because Jesus came to a world where flowers existed, and where cars would one day exist. “Incarnate” is God being human while remaining God. God enfleshed. Not God in a human costume, pretending to be a human, but fully and completely human. Jesus, 100% human, 100% God, and still not 200%. It’s confusing; it’s a mystery; it’s part of the blessed paradox of faith we have been given.

And we can do this too, with a deep understanding of the story of Scripture, and with bold artistic choices that dwell in and among our particular cultures. And we can start with contemporary costumes that invite the congregation into the story, helping us to identify with the characters, allowing the same God who worked in the lives people 2,000 years ago to work in our lives.