What Happens When You Stop 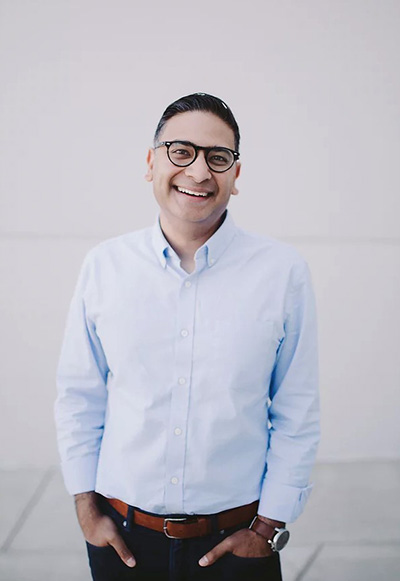 Our world has come to a screeching halt. And while skies are clearer and oceans are cleaner, our lives feel emptier. We miss being with our friends physically. We miss sharing meals and being in one another’s homes. Even as some of these things slowly return, we feel like we’re gaining a bit of our soul back.

Let me add an important qualifier: the crisis we’ve been in is very real. Many, many people have suffered greatly. Thousands upon thousands of Americans have lost family members; the number globally is catastrophic. A pandemic is not a sabbath. For people who have lost jobs and livelihoods, there is no “bright side” to consider. Please don’t hear me trivializing it.

But for a lot of people, the forced slowing down has come without tragedy. Odds are that for some of you, it’s been a minor inconvenience. So, what will you make of this season? We hear of people learning a new language, or gaining a new skill, or reading a pile of books. But what if we think more of purity than productivity? How might you embrace it as a chance to stop? Just as the earth became more vibrant when it wasn’t being overrun by human activity and industry, could our hearts be purified by the stillness we were forced into?

The first is, to be present. When we stop, we learn to be fully there. To accomplish this, I needed something to not be there: my iPhone. I turned it off and used a not very clever smart phone that could basically only make calls and text.

I tried to awake each morning and be aware of the Lord’s presence. I tried to go to sleep at night quieting my soul knowing God was with me. Instead of people asking me, “Tell me what to do”, I was asking the Lord, “Tell me who I am.”

But don’t be fooled into thinking that my sabbatical was monastic. I have four children, after all! And that’s just it: being present was also about being present to my wife and to our children…to not be distracted, half-attentive, half-checking Twitter or Facebook. You see, being present to someone means being absent to everyone else.

You know what I was absent to that summer? I was missing from the conversations about protests and riots, from racial tensions and political conventions, from theology debates and worship conversations. These are not trivial things; there are good things; things I care about; things that I think matter a great deal to the Kingdom of God. Yet they were things that would have to wait. This was a time for me to be absent. You see, social media is not a tool; it’s a space. To be present there is to be absent somewhere else.

The second is that I had the opportunity to be is indifferent. I know this seems odd. After all, it’s Buddhists who talk about detachment— to be unencumbered by the world so that you feel neither pleasure nor pain. Christians talk about passion. We believe in the ‘Passion of Christ’— His great suffering that resulted from His and the Father’s great love. Why on earth would we want to be indifferent?

But there is a kind of holy indifference that can save our souls, especially as we get older. Ignatius was a merchant and a warrior born in the late 1400’s whose faith came alive at the age of 30. He was lying in bed, recovering from a wound in battle, reading stories about Jesus and about the lives of the saints. And he felt a great desire swell up inside up to live in such a way that brought glory to God. Ignatius discovered that God can speak to us through our desires, through our longings. As Ignatius and his friends formed the Society of Jesus— known today as the ‘Jesuits’— he began to write about the “Spiritual Exercises”, ways to contemplate God in action, in the midst of daily life.

The first principle for Ignatius was to become indifferent to anything that does not go along with God’s will for your life, to want nothing except what God wants for you, and that which will lead to what God wants for you. This is called by many spiritual directors today an “Ignition indifference”, a kind of holy ‘open-handedness’.

We care about our friends, our families, our churches and communities; we are passionate about those who don’t know Jesus, those who struggle with poverty and addiction. But everything God has placed in our hands must be held loosely, with a holy indifference.

We have to believe that these are God’s children, that this is Christ’s church, that King Jesus alone is the Kingdom-bringer. We aren’t “building the Kingdom of God”, or changing the world or making a difference. We have to trust that only Jesus does those things by His Spirit. Insomuch as we are given the grace to participate, we do so with gratitude, with humility, and with an open hand. That will make our work not frantic and frenzied, but faithful and fruitful.

I think Peter had a realization like this. Like many of us, Peter’s world was shockingly upended. He was forced to stop, and he didn’t know it would ever end. He had given up on following Jesus, on leading the charge for a new Kingdom community. He had gone back to fishing.

And in that absence— that departure from everything and everyone he knew— the risen Christ became present.

On the shores of the Sea of Galilee, Jesus asked Peter three times, “Do you love me?” We notice the number of times Jesus asked Peter this question, and we rightly compare it to the number of times Peter denied Jesus. Yes, this is a kind of reversal of his denial. And we reflect on the different Greek words for love that John records Jesus using. But what we often miss is the most important word in the question: “Me”. You see, Jesus doesn’t ask Peter, “Do you love the church?” “Do you love the ministry?” “Do you love my teaching?” or even “Do you love the sheep?” He simply asked, “Do you love me?” In that moment, Peter became present to Jesus, and indifferent to everything else. Being grounded in Jesus’ love for him and his love for Jesus set him up for a long life of obedience and service.

So, friend, I pray: May you stop. May you become present to the Lord and to the ones whom you love and who love you. May you cultivate a holy indifference to everything else—all the tasks and to-do lists, all the projects and causes. And may this purity of heart and steadiness of souls cause your lives to flourish and your work to be fruitful, for the glory of God and for the good of the world. Amen.

Glenn Packiam is one of the associate senior pastors at New Life Church in Colorado Springs, Colorado, and the lead pastor of New Life Downtown, a congregation of New Life Church. Glenn has contributed to Worship Exchange and Animate for the Center for Worship and the Arts.