Working in the Field

The School of Public Health places a strong emphasis on internships, empowering students to combine what they learn in the classroom with the knowledge they gain in the field. 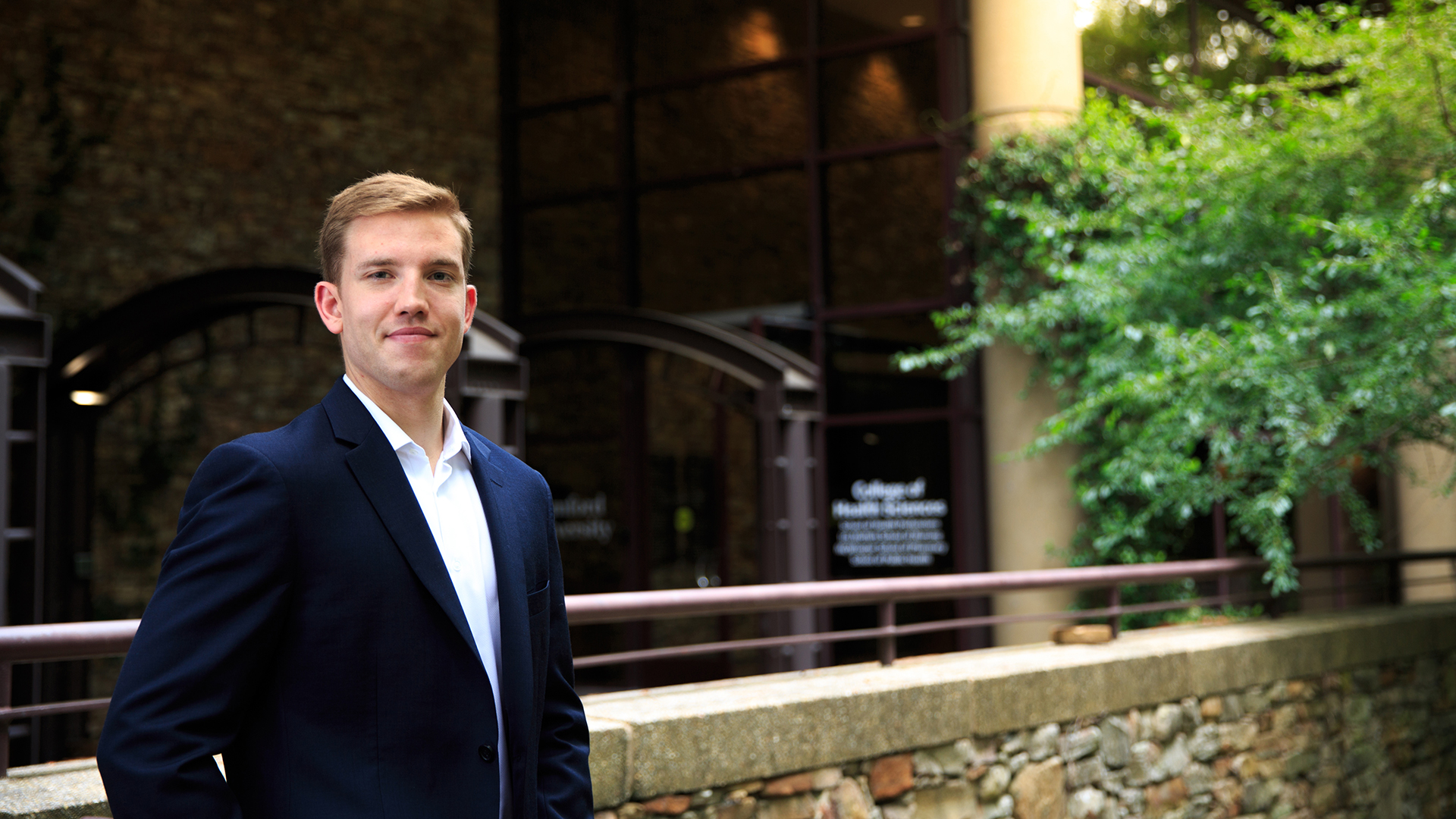 “Experiential learning is one of our greatest tools in education,” said Carol Ratcliffe, professor and chair of the school’s Department of Healthcare Administration. “As a part of our undergraduate healthcare administration program, we strive to personalize the internship experience for each student, so it closely aligns with the student’s career goals.”

For Alan Troxell ’18, this personalization was meaningful as he now works where he completed his senior year internship. “I had the opportunity to intern with the CFO of Grandview Medical Center,” Troxell said. “I saw how the executives in this C-suite conducted themselves and led an organization of its size.”

He interacted with the CFO every day he was at the hospital, attending meetings and taking on projects, but he also had the opportunity to shadow other executives and hospital directors. “I was able to see more than just the financial side,” he said.

The value of this experience was not missed by Troxell.

Troxell is a member of the healthcare administration major’s inaugural class, and as the time came for him to walk the commencement stage, his internship had opened new doors to a career. “They were aware that I was graduating and thought that I would be a good fit for a few of the open positions they had.”

In his current role, Troxell works as the lead medical staff coordinator in Grandview Medical Center’s medical staff office. His primary responsibilities include overseeing the credentialing process for all physicians and medical staff members. “I’ve learned a ton since I’ve been here—which is just a little over a year,” he said.

Within a month of starting this job, Troxell enrolled in Samford’s online Master of Healthcare Administration, and he is on track to graduate next year. “Alan is a great example to his peers. He understood the value of the amazing internship opportunity he was given, and through hard work and dedication, he was able to create new opportunities for himself,” said Tom McDougal, assistant professor in the Department of Healthcare Administration who oversees internship placement. “I am confident that his future is a bright one.”

Just one month after graduating its inaugural cohort in May 2018, Samford’s undergraduate healthcare administration program was named the 2018 New Program of the Year by the Association for University Programs in Health Administration (AUPHA).