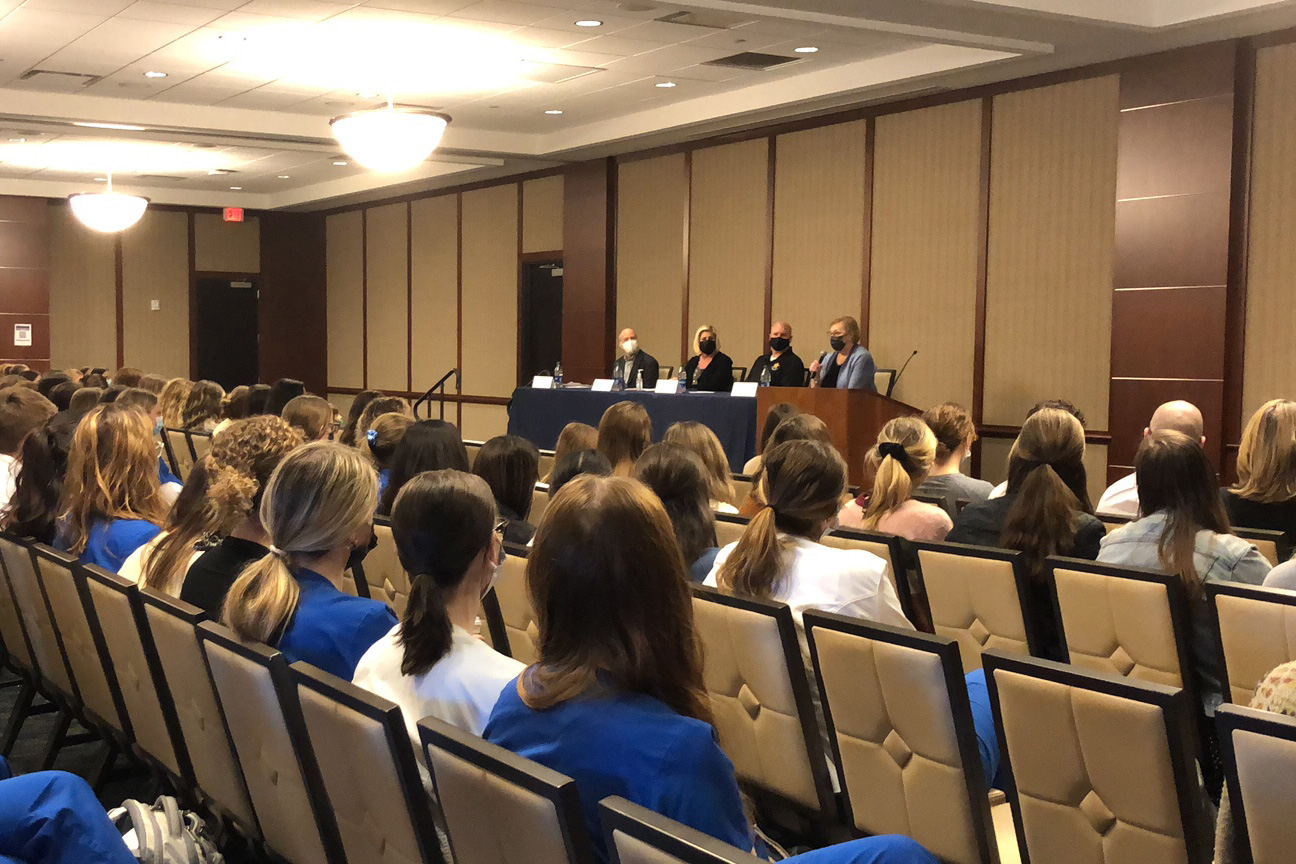 Samford University’s School of Public Health and Moffett and Sanders School of Nursing came together to host a panel discussion titled “A Holistic View of Disaster Response Post 9/11” for undergraduate nursing and Master of Social Work students on Feb. 8.

Ann Van Hine, a widow of a fallen 9/11 firefighter and author of the book Pieces Falling, traveled from New York to participate in the event. She shared her story, beginning with the last conversation she remembers with her husband two days before September 11, 2001. “I heard him say, I am so blessed. Why, I asked him? And he said, because I’m married to Miss Anne. The fact that I remember that conversation is truly a gift,” she said.

After sharing her story, Van Hine was joined by her fellow panelists—John Hill, a chaplain in the U.S. Secret Service, Lisa Turley, a FEMA crisis counselor for the Alabama Department of Mental Health and Mark Baker, a physician at Children's of Alabama and a member of the Alabama Disaster Medical Assistance Team—for a time of questions and answers.