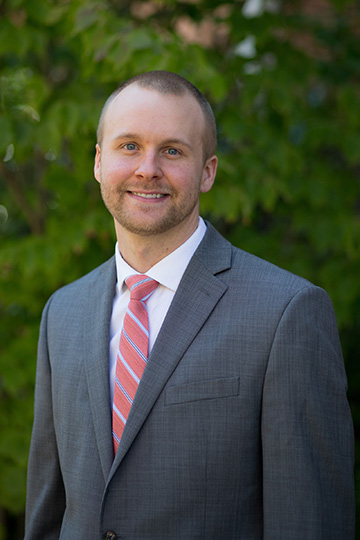 Keith Pearson received his undergraduate education in dietetics in his home state of West Virginia before moving to Birmingham to complete all of his graduate training at UAB. His doctoral research focused on the role of dietary patterns in the development of cognitive decline in adults. Prior to Samford, Keith worked clinically as a dietitian at the Birmingham VA Medical Center and also served as an adjunct instructor at the University of Alabama and a freelance nutrition writer at Healthline. Coming to Samford has allowed Keith to combine two of his strongest passions: the field of nutrition and the education of future health professionals. Outside of work, Keith enjoys cooking and eating all types of ethnic cuisine, spending time outdoors, following NBA basketball and serving his local church. He and his wife Kandice, a speech-language pathologist, have a one-year-old daughter named Karis.