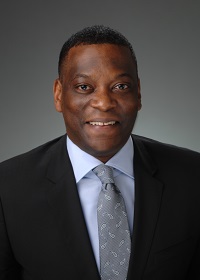 Alabama native Keith Elder has been named dean of Samford University’s School of Public Health effective summer 2016, by Provost and Vice President for Academic Affairs, J. Michael Hardin.  Elder’s selection follows a national search for the first dean of the School of Public Health. The school was established in 2013 as part of Samford’s College of Health Sciences and Vice Provost Nena F. Sanders has led the school since its inception.

“Dr. Elder comes to us with a combination of academic and administrative experience that makes him uniquely suited to lead Samford’s School of Public Health” said vice provost Nena F. Sanders. “Throughout his career he has worked alongside professionals in the majority of disciplines represented within the school and he has demonstrated his ability to provide leadership and build interdisciplinary teams while focusing on student success.”

According to Sanders, Elder is an accomplished researcher focusing primarily on providing evidence to inform health policy, health care delivery and health care processes. He has served as investigator on funded projects by the Robert Wood Johnson Foundation, Alzheimer’s Association, National Institutes of Health, Health Resources and Services Administration, and the Agency for Healthcare Research and Quality. In addition, he serves on the editorial board of leading journals, including the American Journal of Public Health and the Journal of Health Administration Education.

In addition to his professional accomplishments, Elder is actively engaged with a number of community and faith-based organizations. He is a member of The Incarnate Word Foundation’s Board of Trustees and the Saint Louis City Board of Hospitals and Health. He is a frequently invited speaker and is the founder of a long-standing men’s Bible Study at Birmingham’s Sixth Avenue Baptist Church.

“This is an important time of growth for Samford’s School of Public Health and Dr. Elder’s combination of academic training, classroom and administrative experience, and service to his community and church make him the ideal choice for this role,” said Hardin. “I look forward to his leadership as he builds on Samford’s long history of merging academics, faith and service to build academic programs that serve our students, communities and university well.”

Although the School of Public Health is relatively new at Samford, it is founded on the rich history of the Department of Nutrition and Dietetics that was established in 1933, said Sanders. Currently, the School of Public Health offers eight degrees and majors and is home to the departments of healthcare administration, health informatics and information management, nutrition and dietetics, public health and social work. With the recent introduction of numerous new undergraduate and graduate degree programs, the school is experiencing rapid growth that is expected to continue as a number of additional programs are slated to launch throughout the next five years.

“Samford’s School of Public Health is guided by a mission to prepare servant leaders who demonstrate God’s love by promoting the health and well-being of individuals and communities and to me, that mission embodies what public health is. Building on Samford’s distinguished reputation, the School of Public Health is well positioned to greatly impact the public health of Alabama, the region and the country and I look forward to being a part of this effort,” he added.
Samford is a leading Christian university offering undergraduate programs grounded in the liberal arts with an array of nationally recognized graduate and professional schools. Founded in 1841, Samford is the 87th-oldest institution of higher learning in the United States. The Wall Street Journal ranks Samford 1st nationally for student engagement and U.S. News & World Report ranks Samford 37th in the nation for best undergraduate teaching and 97th nationally for best value. Samford enrolls 5,758 students from 48 states and 22 countries in its 10 academic schools: arts, arts and sciences, business, divinity, education, health professions, law, nursing, pharmacy and public health. Samford fields 17 athletic teams that compete in the tradition-rich Southern Conference, and ranks 3rd nationally for its Graduation Success Rate among all NCAA Division I schools.
Marketing and Communication Manager
Frank Ruggiero
fruggier@samford.edu
205-726-4035