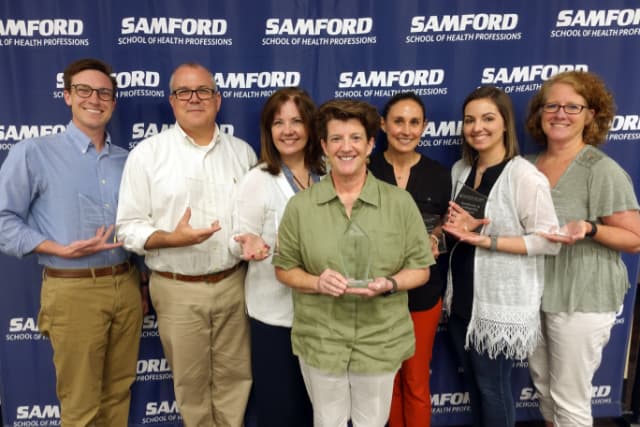 Prior to the end of the spring semester, Samford University’s School of Health Professions announced its faculty and staff annual award recipients. Recipients were selected from 327 nominations from faculty, staff and students.

This year, Margaret Johnson, professor and chair of the Department of Communication Sciences and Disorders, was honored as the inaugural recipient of the 1 Peter 4:10 Award. The School of Health Professions is guided by 1 Peter 4:10 which reads “Each of you should use whatever gift you have received to serve others, as faithful stewards of God’s grace in its various forms.” 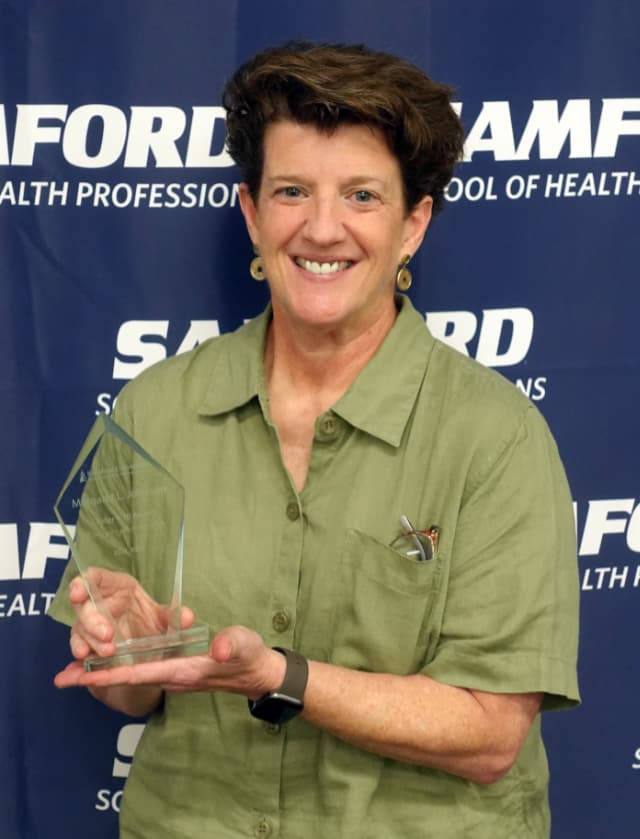 “1 Peter 4:10 is important to the School of Health Professions simply because it reminds us of the call that we have from the Lord to do what it is we do and to use our gifts and talents to serve others,” said Johnson. “To be the first recipient of the 1 Peter 4:10 award is very humbling. I understand that it takes a lot of courage to be humble, it takes a lot of courage to care for others and serve others each and every single day. I’m just blessed that I get to do that here at Samford University. I’m very grateful for the Lord and very grateful for my colleagues and my dean, Alan Jung, who thought I was somehow deemed worthy of this.”

Prior to coming into academia, Johnson served adult patients with primarily traumatic brain injury and stroke in acute care hospitals and rehabilitation centers. She has continued to practice clinically as she believes that attributes to her success in teaching students the science and art of speech language pathology. Over the years, she has found a passion and a love for working with students and has enjoyed sharing her passion of the profession. Johnson will retire at the close of the 2021-22 academic year.

“We’re told to love God and to love people, and Margaret does that better than anybody I’ve ever seen. So, for her to receive this award that exemplifies using her gifts to serve others, she’s the perfect recipient to receive the inaugural award,” said Alan Jung, School of Health Professions Dean and Professor.