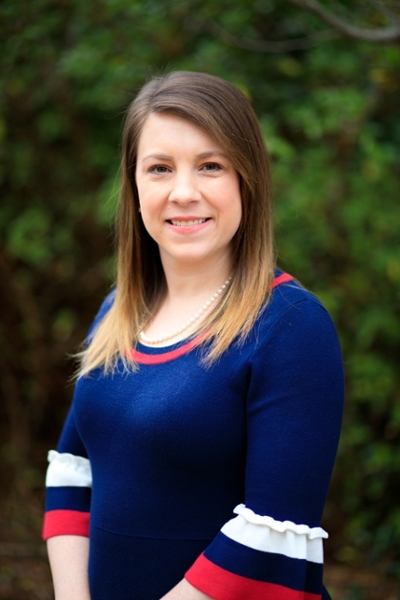 After graduating from the University of Alabama with a BSN in nursing in 2010, Ashley York began work at UAB in the level 1 trauma and emergency department. She began her masters in nursing at UAB in 2012 with a focus on adult/gerontology and women's health nurse practitioner program while working. After time in the emergency department, and while still in school she worked in the new STAT nurse role at UAB. After graduation from her masters in 2014, she certified as adult/gerontology primary care nurse practitioner with AANP and a women's health nurse practitioner with NCC. She then started work as a hospitalist nurse practitioner at Jackson General Hospital in Jackson, TN. She also began to pursue her doctorate of nursing practice at Union University in 2014. While working on her doctorate, she was able to present at the Tennessee Nurses Association, nursing symposiums at Union University, and continuing education conferences. After a year and a half in the hospitalist role, she transitioned back into primary care in a rehab/long-term care setting. She also worked with hospice care. She began her teaching role as an adjunct at the University of Memphis in clinical education and then moved to a full-time role at Union University in 2016 in the nurse practitioner track. After graduation from her DNP, she relocated to Birmingham and began a career at Samford University in the accelerated program and at Birmingham Heart Clinic. She has been able to complete her publication on “Examining the Role of Ultrasound Viewing by Pregnant Females in the Decision Making Process whether or not to have an Elective Abortion” for the Journal of Christian Nursing, completed a Quality Matters Online teaching certificate and many other scholarship activities along with her teaching duties.