Ida V. Moffett was more than a nurse. She was a gifted healer whose compassion and courage transformed the lives of her patients and the health care industry. Learn more.

More than a Nurse

For more than 70 years, Ida V. Moffett was more than a nurse. She was a gifted healer whose compassion and courage transformed the lives of her patients and the health care industry. As Emmett R. Johnson writes in the foreword of Courage to Care, the Story of Ida V. Moffett, "In Ida V. Moffett the entire spectrum of nursing comes together" As impressed as people are about her productivity, there is something more important about Ida Moffett. She is most admired because of her high ideals and deep values about patient care."

Mrs. Moffett felt the calling to become a nurse after graduating from high school in the early 1920s and enrolled in the Birmingham Baptist Hospital School of Nursing. As part of her training, she immediately began working as a bedside nurse. On June 3, 1926, after she completed the required 1,095 days of hands-on training, Mrs. Moffett passed the state examination and officially became Registered Nurse number 1830 in Alabama. After working for a while in a local physician's office and serving as a private duty nurse at Baptist Hospital, local physicians arranged for Mrs. Moffett to go to away for a year of post-graduate study. She trained in orthopedic nursing at the University of Iowa Hospital and then studied surgical nursing at the University of Cincinnati. When she moved back to Birmingham in 1928, Mrs. Moffett became the operating room supervisor for Birmingham Baptist Hospital, a position she held until she married Howard D. Moffett on June 29, 1929. She eventually became the head nurse of the second branch of Baptist Hospital, the Highland Avenue Baptist Hospital. 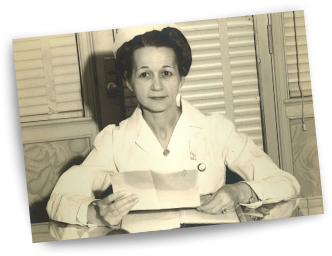 As impressed as people are about her productivity, there is something more important about Ida Moffett. She is most admired because of her high ideals and deep values about patient care.

For much of her career, Mrs. Moffett worked three full-time jobs at once. She was the director of nursing at two units of the Birmingham Baptist Medical Center, director of the largest school of nursing in Alabama and led her profession both on a statewide and national level. Although she spent much of her time at the executive level of the hospital, Mrs. Moffett never gave up her true passion: comforting desperately sick people and raising the standard of their care. Mrs. Moffett dedicated her life to this mission, and that's what made her successful and beloved by so many. She blended her roles as a clinical nurse and as an administrator to better provide quality care and create standardized nursing education. Mrs. Moffett was a courageous pioneer in the health care industry and became the first woman involved in achieving school accreditation in Alabama.

Because she saw nursing as more than her job, and more than just a profession, Mrs. Moffett made a mark on the health care industry that has remained unrivaled. In addition to leading the major health care professional organizations in Alabama, she has presided over the graduation and licensing of more than 4,000 nurses. Her devout character and never-ending sense of compassion has touched the hearts and lives of countless patients and professionals. Through Moffett & Sanders School of Nursing, Mrs. Moffett's passion, vision and leadership continue to impact the world. 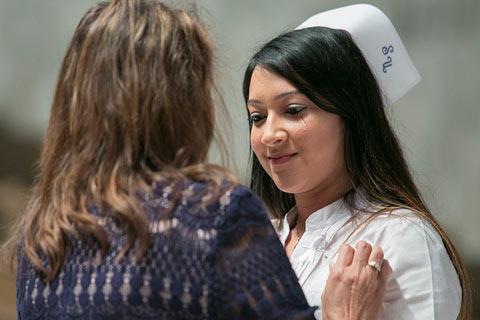