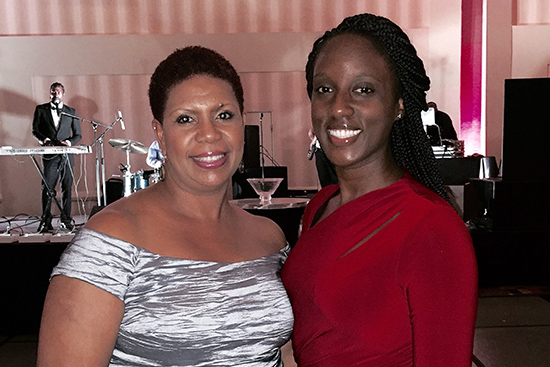 “It is extraordinary to see these two Samford nurses being recognized for their outstanding accomplishments at the national level,” said Jane Martin, nursing school senior associate dean. “It is rare to have two Alabama nurses recognized in the same year, having them both be Samford alumni makes it even more special,” she added.

Ratcliffe has served as a member of the Ida V. Moffett School of Nursing faculty since 2010 and she received her Doctor of Nursing Practice from Samford in 2009. She has an extensive health care leadership background and spent 16 years as a nursing and hospital executive in multiple large health care systems.

Harris received her Bachelor of Science in Nursing from Samford in 2006 and is well known for her leadership in the nursing profession. She is widely considered as an expert in the geriatric population and is the recipient of numerous awards honoring excellence in nursing.

Both Ratcliffe and Harris are previous recipients of the School of Nursing’s Living Legacy Award, which honors alumni who have made a significant impact on humanity through patient care, innovation and leadership.

"NBNA is thrilled to recognize our nurse colleagues for their outstanding work within the profession of nursing and throughout the communities where they work and live.  They are the exemplary professionals who demonstrate commitment, excellence and innovation...role models for all of us to follow.  NBNA salutes each of the 2015 Nurse of the Year honorees", stated Reverend Dr. Deidre Walton, NBNA President.