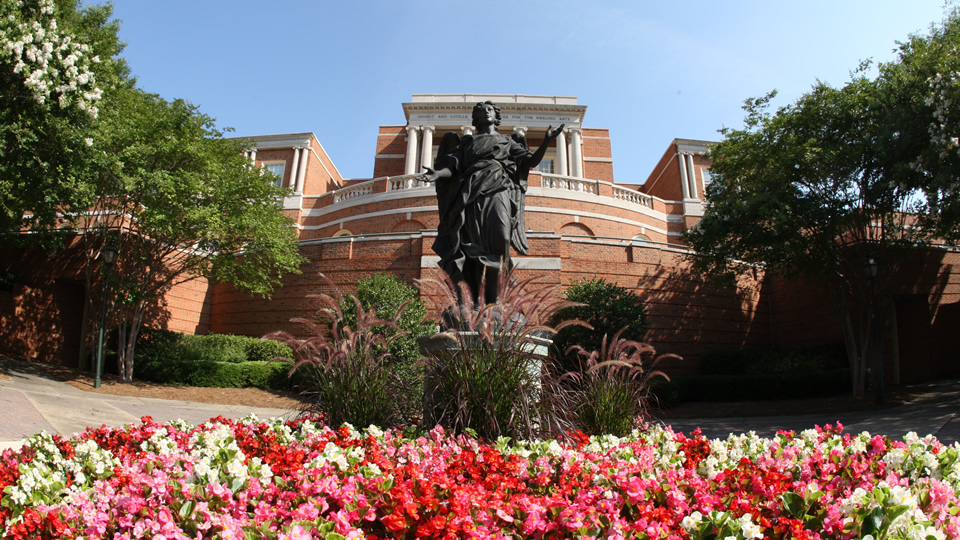 Online programs within the nursing school offer master’s-level degrees in family nurse practitioner, nurse educator and health systems management. Samford also offers the Doctor of Nursing Practice as a distance learning degree, but doctoral programs were not factored in the latestU.S. News rankings.

“One is student engagement,” she said. “Students and faculty are very engaged in learning, and our students report being very satisfied with the engagement that they have with their peers and faculty members.

Martin said the ranking increase was “very exciting” to the nursing school. She said the recognition “affirms the faculty’s commitment to providing quality online education in an environment that fosters student engagement and positive student outcomes.

”Our alumni consistently rate the graduate faculty as highly accessible and deeply invested in student success. We are proud of the exemplary programs we have developed and the graduates who go on to achieve their career goals."

Enrollment in Samford’s graduate nursing programs has increased significantly in the last decade, including more than 20 percent in the last five years, Martin said, with the availability of online courses and expansion of graduate programs as two of the factors in that growth. A total of 343 currently are enrolled in graduate programs. The school awarded 149 graduate degrees during the 2014–15 academic year.

Samford was the highest ranked program in Alabama and among its peers in the Southern Conference.