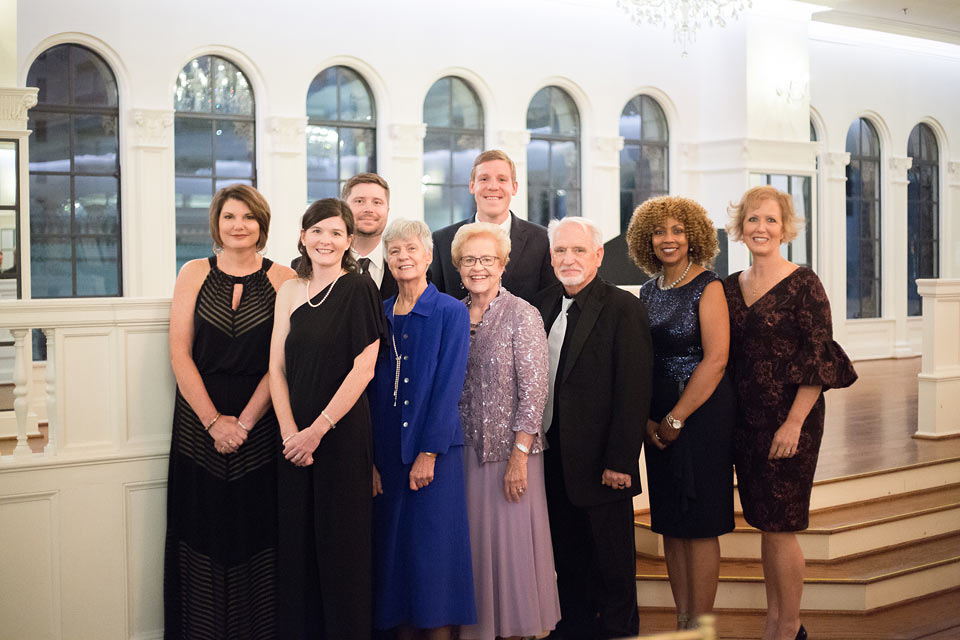 Samford University’s Ida Moffett School of Nursing held its annual Courage to Care gala on Oct. 5. Distinguished alumni were honored for their exemplary service to the nursing profession and faithfulness to the maxims of the late Ida Vines Moffett, the school’s namesake.

“Although our recipients have pursued vastly different career paths, you will see that Mrs. Moffett’s vision for academic excellence, caring, compassion and service, is at the foundation of each person’s approach to nursing practice,” said nursing school dean and vice provost of Samford’s College of Health Sciences Nena F. Sanders.

Those honored represented a variety of nursing backgrounds; from neonatal, intensive care, critical care, to military service, each has followed a unique path throughout his or her nursing careers. One Living Legacy Award and eight Courage to Care Awards were presented at the event.

Established in 2012 in celebration of the school’s 90th anniversary, the Living Legacy Award highlights a single alumnus each year whose impact has a significant reach through leadership and service to others. This year’s recipient is Sharron P. Schlosser.

Schlosser’s career has been centered on serving others through her academic excellence and leadership. After practicing nursing for many years, her role in education began as she was brought on staff at Ida Moffett School of Nursing in 1968, where she is currently a professor emeritus of nursing. She led a team and helped develop and coordinate the nurse educator track in the Master of Science in Nursing program as well as contributed to the development and implementation of the Doctor of Nursing Practice (D.N.P.) program. Known nationally as a master teacher, she has served as a mentor for innumerable nurse educators throughout the country.

The 2018 Courage to Care honorees are:

Chris Moore, a previous Living Legacy Award recipient and chair of the nursing school’s advisory board, joined Sanders in the presentation of the awards. Gabrielle Macke, an officer of Samford University Association of Nursing Students, provided the invocation, and Mary Patterson, a senior at Ida Moffett School of Nursing, was the student speaker.

The School of Nursing presents Courage to Care awards and a Living Legacy award each year. To learn more about the awards and to download a nomination packet, please visit http://samford.edu/nursing/alumni-awards/.