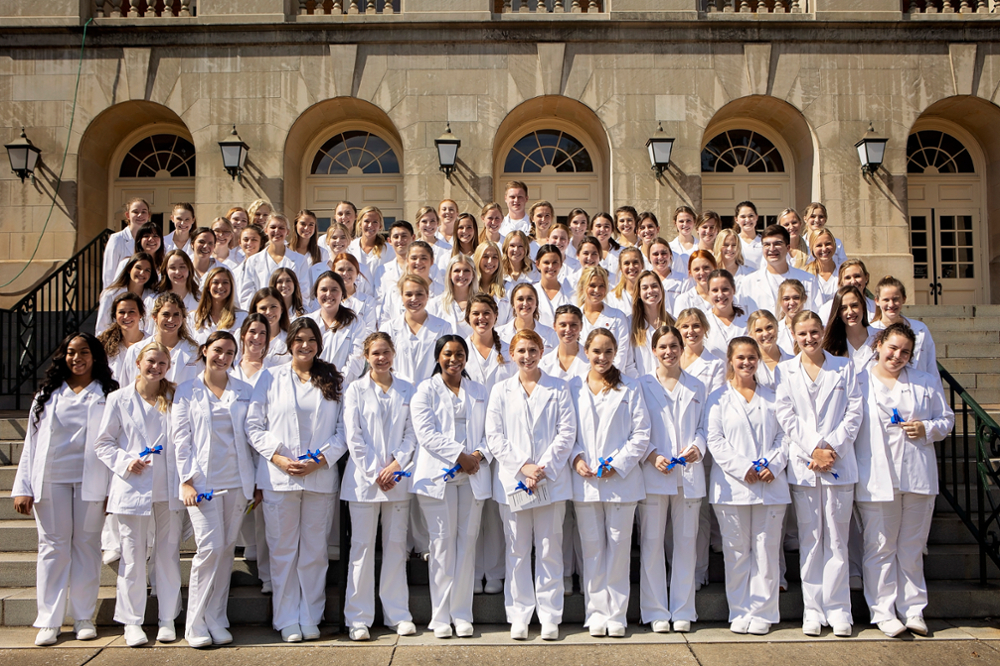 “While the Nursing White Coat Ceremony did not begin until 2014, Mrs. Moffett did not need this special rite of passage to understand the significance of caring and compassion.,” said Carter. “In her book, titled – Courage to Care, we can clearly see that Mrs. Moffett’s philosophy of nursing and patient care was rooted in caring and compassion. Her vision and passion were foundational to our school. This commitment to caring and compassion are what make you distinct as a Moffett & Sanders nurse.” 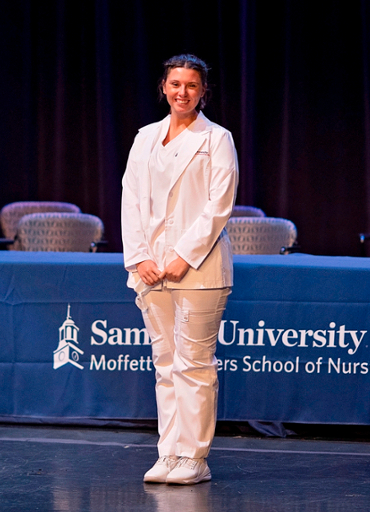 The ceremony included the presentation of a white coat, a scroll with the nurse’s poem and commemorative pin to each student. The pin serves as a visual reminder of the students’ commitment to providing compassionate, patient-centered care. Students were presented their coats, pin and scroll by faculty and staff members, Jennifer Childress, Jill Hightower, Moniaree Jones, Ashley York, Angela Wilson and Jane Paine. Assistant professor, Becky Warr, led students in the nurse’s poem.

White Coat Ceremonies have long been an important rite of passage at medical schools. In 2014, Samford was one of only 100 nursing schools in 43 states selected by the Arnold P. Gold Foundation (APGF) and the American Association of Colleges of Nursing (AACN) to pilot White Coat Ceremonies for nursing students. This program marked the first coordinated effort to offer White Coat events at schools of nursing. The White Coat Ceremony has become a tradition in the Moffett & Sanders School of Nursing with ceremonies occurring each fall and spring.

The Arnold P. Gold Foundation (APGF): The Arnold P. Gold Foundation’s overarching goal is to create the Gold Standard in healthcare – compassionate, collaborative and scientifically excellent care – to support clinicians throughout their careers, so the humanistic passion that motivates them at the beginning of their education is sustained throughout their practice. We strive to ensure that care and respect always govern the relationship between practitioner and patient.