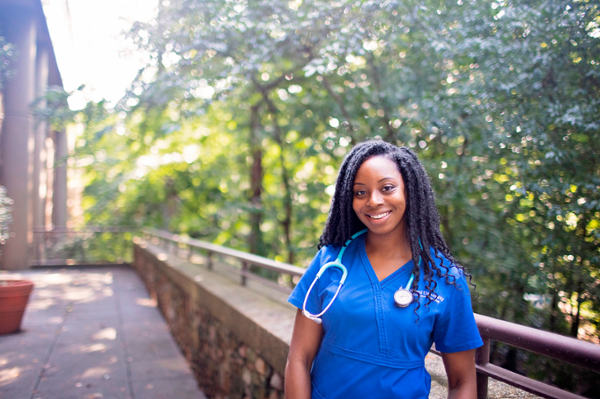 Senior Moﬀett & Sanders School of Nursing student Lonnitria Keenan was selected as the 2021-22 National Student Nurse of the Year by the National Black Nurses Association. Although her journey to the nursing profession may not have been a direct one, it has certainly been one where she has ﬂourished.
Published on January 6, 2022 by Sara Roman   Share this on:

Senior Moﬀett & Sanders School of Nursing student Lonnitria Keenan was selected as the 2021-22 National Student Nurse of the Year by the National Black Nurses Association. Although her journey to the nursing profession may not have been a direct one, it has certainly been one where she has ﬂourished.

At the ripe age of two, her mother says Keenan began saying she wanted to be a doctor. Keenan followed that passion throughout her collegiate studies and even shadowed a neonatologist at UAB Hospital and Children’s of Alabama, but during her junior year she recalls the Lord shifting her heart.

“My grandmother fell ill and I noticed how the nurses knew her and truly cared for her,” said Keenan. “As I continued shadowing, my lead physician observed how I would always try to spend more time with the families we visited. He suggested that I shadow the head nurse. After just a few days, I knew nursing was the profession I was called to.”

Although she fell in love with the nursing profession, she did not change her major. She completed her Bachelor of Arts in biology with a focus on premedicine and enlisted with the U.S. Air Force. Keenan says becoming a member of the armed forces felt like a rite of passage; her sister is a Marine and her brother is in the Army.

“I look back now and think the Lord must have been saying, ‘You can complete it on your time or mine, but the field of nursing is where I have called you.’”

In fall of 2019, Keenan decided to answer the call and enrolled in Moffett & Sanders School of Nursing’s second-degree Bachelor of Science in Nursing program. Throughout her academic journey she says the Lord’s presence has been evident. According to Keenan, nursing school has been hard at times, and she was even called to active duty during her study.

“Nursing preparation and the profession are not easy but God orders our steps,” said Keenan. “He has provided for me in monumental ways.” 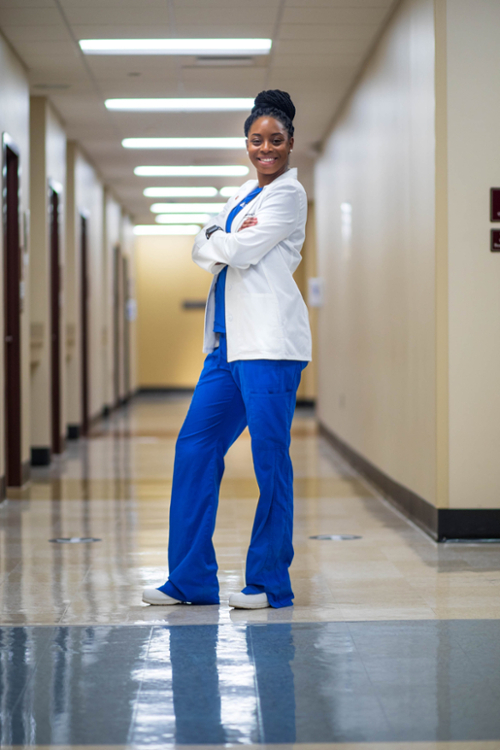 “Time and time again I’ve felt the Lord say, ‘Do what I have called you to do and I will bless your efforts,’” said Keenan. “As I look towards my graduation this December, this recognition as the National Student Nurse of the Year feels like the Lord’s way of reassuring me that I am exactly where I am meant to be.”

Keenan's classmates seem to agree she is called to be a nurse. During the 2022 B.S.N. Pinning Ceremony, Keenan received the Nightingale Award which is given annually to a student who expresses compassionate care, excellence in clinical nursing practice and is characterized as someone who is a nurse's nurse. The award is especially significant because the recipient is selected by a vote of their peers.  The annual award recipient can be described as a nurse who demonstrates outstanding nursing skills utilizes exceptional critical thinking and professional judgment advocates for patients and their families and expresses care and compassion in their nursing practice.

Following graduation, Keenan plans to commission as a second lieutenant with the Air Force and serve as a nurse. Eventually, she plans to become a flight nurse and obtain her emergency nurse practitioner certification.  She has accepted a position at St. Vincent’s East Emergency Department.