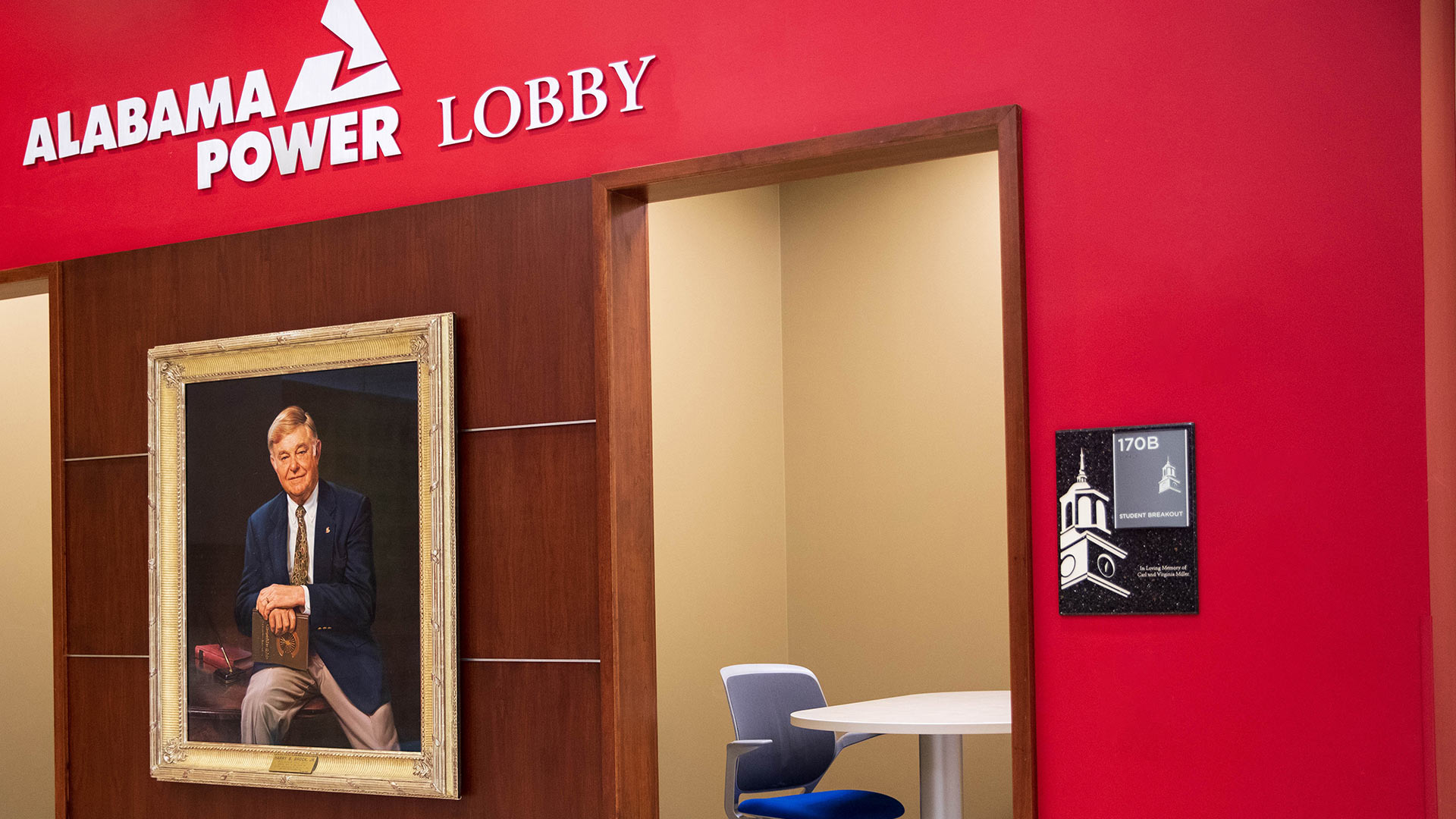 My desire and vision for the School of Business is to be a little different and to find a niche that will help these young people fulfill their dreams. Harry Brock Jr.

On March 2, 1964, when Harry Brock Jr. and a group of his friends opened the first new bank in Birmingham in 18 years, no one could have predicted that this small beginning would change the structure of banking in Alabama and lay the foundation for Birmingham to become a major regional banking center. Spearheading the multi-bank holding company concept in Alabama, in 1971, Brock brought Central Bank and State National Bank of Alabama together to form a registered bank holding company, Central and State National Corporation of Alabama. As more banks joined the Central family, the name changed to CentralBancshares of the South Inc. Brock was instrumental in the passage of the Statewide Bank Merger bill of 1980, allowing bank branching across county lines. This made it possible for Brock to merge his banks into one bank with branches throughout the state.

Brock, an innovative leader in the banking industry, has given unstintingly of his time, expertise and financial resources to help make Birmingham, Jefferson County and the state of Alabama a better place in which to live and work. He has been an active board member of numerous charitable and civic organizations in Alabama. In 1962, Brock became a member of the Samford University Board of Trustees, and was named a member of the Executive Committee in 1963. He served as chairman of the Board from 1986 until 1991. He received an honorary doctorate from Samford University in 1994. Brock was inducted in the Alabama Academy of Honor in August 1983 and the Alabama Business Hall of Fame in October 1993. What Harry Brock did to change the banking industry and through his commitment to Brock School of Business, he worked to help the business school reach its goals.

Cooney Hall represents an investment in the development of professional and ethical business leaders in our communities and across the world. The building provides modern, technology-equipped classrooms, office and meeting room space. A breathtaking glass atrium is in the center of this four-story building, but the true heart of the building is a revived sense of learning, innovation and opportunity. Not only is Cooney Hall an advanced learning environment for our students, it provides an opportunity for alumni and local businesses to be an integral part of the Brock School of Business legacy.

By the fall of 2019, Cooney Hall was 100% funded. Thanks to the generousity of alumni, faculty, staff, friends, family and corporate partners, these funds aid in technology upgrades, equipment replacement and general maintenance of the physical structure of Cooney Hall for years to come.

History of Brock School of Business