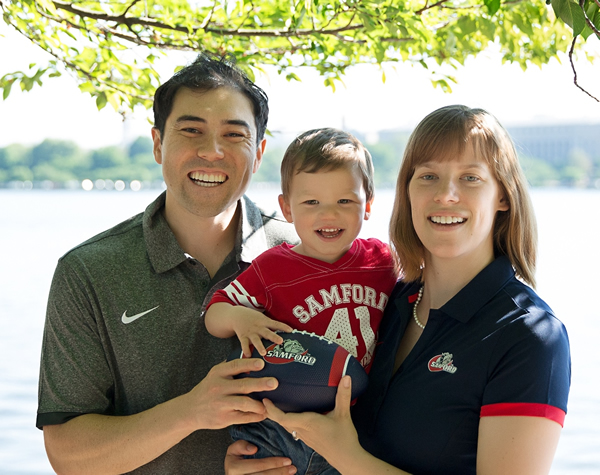 Buchanan is moving to Birmingham from Washington, D.C. where she taught at George Mason University and completed her Doctor of Philosophy degree. This fall, she will teach data analytics and occasionally will teach electives in economics.

Buchanan said she is looking forward to teaching at a business school that invests in every student. “When I visited campus last year, I was very impressed with the sense of community among faculty and students,” she said.

Buchanan is from New Jersey originally and attended college in California at Chapman University where she got her B.A. in economics and screenwriting and a M.S. in economic systems design. As a student at Chapman, she studied screenwriting and had several opportunities to interact with Hollywood fame. One of her most notable encounters was with Bill Nye the Science Guy.

An area of research important to Buchanan involves how employers and workers respond to recessions. Her economics experiments in this area have been supported by the National Science Foundation and other organizations. In addition to her research, she has taught microeconomics and developed original curriculum entitled "Gold Diggers: Economic Development in the Wake of the California Gold Rush." She also has presented her research at a number of conferences, including the Eastern Economic Association. She presented at Nobel Laureate Vernon Smith’s 90th birthday celebration conference. Her research has been published in journals such as The Southern Economic Journal.

Buchanan also has created a humorous economics website www.economnomnomics.com which she introduces as a “perfect complement” to traditional economics education and a fusion between the principles of economics and lolcats (funny cat memes).

Buchanan has written a book about Nicodemus where she explores his life as a respected Jewish leader who began as a skeptic of Jesus, but who was one of the few that did not desert him after his death.

“I have written his story to solve the puzzle I see in his (Nicodemus’) three recorded interactions with Jesus,” said Buchanan.  You can read more of the story at www.nicodemusstory.com

Describing herself as an outdoors enthusiast, Buchanan enjoys hiking.  She and her family look forward to moving to Birmingham where they cannot wait to try the many new restaurants that have deemed the Magic City a foodie destination.

Dean Howard Finch added, “We are excited to welcome Dr. Buchanan this fall.  Her skills in quantitative analysis and economics will enhance our classroom instruction, and her research interests blend nicely with those of our other faculty members.  The economics department at  George Mason University has an international reputation and we are fortunate to have her join the Brock School of Business teaching faculty.”