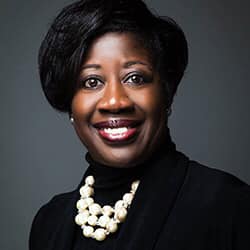 Dean's advisory board member Tracey Morant Adams, M.B.A. '92, has been named to Savoy magazine's 2020 list of the Most Influential Black Executives in Corporate America.

According to Savoy, the list "showcases an elite representation of African American men and women who have been recognized for their executive and business leadership in national and global-leading corporations."

Adams is the senior executive vice president and chief community development and corporate social responsibility officer for Renasant Bank. In this role, she helps guide the company's diversity and inclusion strategy and programs for minority businesses.

In addition to her corporate responsibilities, she is a very involved leader in the Birmingham community and surrounding areas.