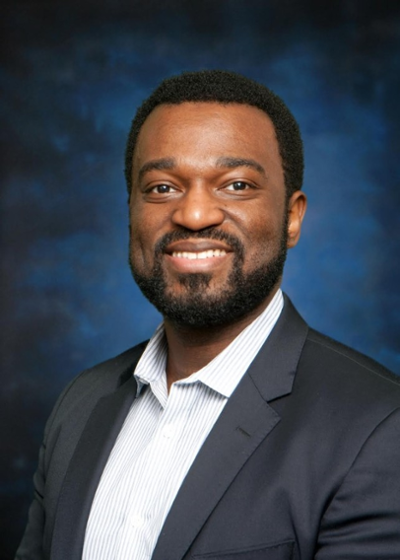 The Isaiah T. Gresham Endowed Scholarship was established in January 2022 by Samford University alumnus Isaiah T. Gresham. The scholarship will be available for students who are majoring in business with preference given to those who are accounting majors and Alabama residents. Eligible students will include those who are underrepresented at Samford, those who have overcome obstacles such as socioeconomic or educational disadvantages, or those who are the first-generation in a family to attend college.
Gresham earned his Bachelor of Science in Business Administration in 2012 and his Master of Accountancy from Samford in 2014. He is also a Certified Public Accountant, licensed by the State of Florida. The Pratt City, Alabama, native, and a first-generation college graduate himself, serves as founder and president at Gresham Financial in Scottsdale, Arizona, which provides assistance to business owners, executives and independent professionals. “I help my clients understand the language of business,” said Gresham. “Analytical data is now more important than ever in making informed decisions to grow and protect a business, depending on which end of the economic cycle the business is working in.”
He credits Samford for helping him grow as a servant leader. “My time at Samford taught me the power of donating my time and economic resources to causes that matter to me and my community at large,” he said. “I have received great joy from giving back to others and watching the impact of what I have done for them help them achieve their goals.” Today, he maintains ties to Alabama, creating and sharing educational content to promote financial literacy and mentoring students at his former high school, the Alabama School of Math and Science, and at Lawson State Community College, as well as serving on the boards of several nonprofit Alabama organizations.
“When I started this scholarship, I had students like me in mind,” he said. While at Samford, Gresham earned basketball, business and university-wide scholarships, while simultaneously working in university housing as well as holding other jobs. All these avenues of funding were necessary for him to remain in college. He wants his scholarship to help students who are in danger of not completing their education because of similar hardships.
With this gift, Gresham also wants to honor his mother’s sacrifices for him to attend college. Besides financial support during this student years, he recalled how Samford played an important personal role to his family. At the time, his mother was uninsured and living in government housing when the Alabama tornadoes of 2011 severely damaged her home. “People from the university came to help her unload her apartment,” Gresham said. “And many people—students, parents and the university—also offered her financial assistance.”
For these and other reasons, Samford remains special to him. “The community encourages servant leadership and encourages people to commit to helping people because they want to,” he said. “I hope that this scholarship continues to contribute to my efforts to do my part in relieving some of the socioeconomic constraints that people in the wonderful state of Alabama face and that we can continue to make it one of the greatest places in the country to live.”
Support the Isaiah T. Gresham Endowed Scholarship
Samford is a leading Christian university offering undergraduate programs grounded in the liberal arts with an array of nationally recognized graduate and professional schools. Founded in 1841, Samford is the 87th-oldest institution of higher learning in the United States. The Wall Street Journal ranks Samford 1st nationally for student engagement and U.S. News & World Report ranks Samford 37th in the nation for best undergraduate teaching and 97th nationally for best value. Samford enrolls 5,758 students from 48 states and 22 countries in its 10 academic schools: arts, arts and sciences, business, divinity, education, health professions, law, nursing, pharmacy and public health. Samford fields 17 athletic teams that compete in the tradition-rich Southern Conference, and ranks 3rd nationally for its Graduation Success Rate among all NCAA Division I schools.
Marketing and Communications Manager
Morgan Black
mblack3@samford.edu
205-726-4753