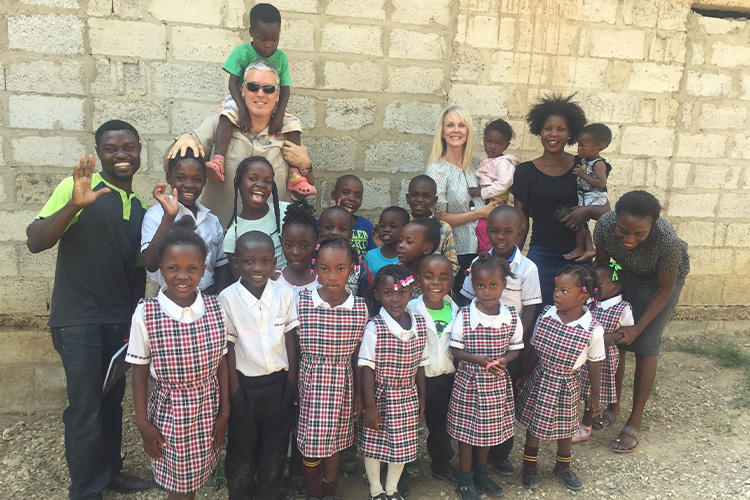 For Jennifer Dunkin Jackson ’89, faith and work are inseparable. As the vice president for global accounts for SullivanStrickler LLC, a legal technology firm, she works hard to help multinational corporations preserve and retrieve electronic data. As the director of Foundations International Bible Training Centers, she works to help establish both rural schools (42 so far, in six African countries) and businesses that will employ the schools’ graduates.

This Atlanta-based entrepreneur believes business and ministry can be aligned for God’s glory. She says she was first introduced to that concept at Samford.

“Clearly, when I first went to Samford I was just a dumb college kid who thought she wanted to be a fashion writer,” says this former fashion merchandising/education major and current member of Samford’s Board of Overseers. “But because Samford is holistic in its approach to students, I learned much more than what I needed to establish a career. Through the influence of my professors and convocation speakers – and just the general atmosphere – I learned to think outside my career, about what God gifts each individual to do and what He has entrusted to us. Samford gave me the grounding to know that God is interested in my whole life.”

Jackson’s whole-life experiences have ranged from fashion-related work for Parisian’s, which led to the then-new world of retail technology, her own online retail company, internet consulting and other entrepreneurial technology-related ventures, including her current specialization in the business side of technology and law. Despite her complex professional path, Jackson says her focus remains simple.

“The Bible verse I like to cite is Matthew 6:33, ‘But seek ye first the kingdom of God, and His righteousness, and all these things shall be added unto you,’” she says. “If your faith foundation is strong and you hear God’s voice, you can wind up doing things you never imagined.”

One of the things Jackson never imagined was Foundations International’s long-term work with local Africans to create schools and jobs. “We’ve realized that to truly alleviate poverty, the graduates of our schools need business opportunities,” she says. “So, our focus in the last four or five years has been on micro-loans and entrepreneurial mentoring, including helping graduates write business plans.”

Another thing Jackson never imagined was serving on Samford’s Board of Overseers, a role she considers both a privilege and an opportunity.

“Samford’s holistic approach continues to impact me,” she says. “While serving on the Board of Overseers I’ve been able to align with even more people across the U.S. and the globe who want to both share the Word of God and help others be more self-sufficient. I have taken Samford’s Lion’s Den business-as-mission material to KAP, to share what Samford teaches about how to do business in a godly way.

“Meanwhile I’ve seen how the leadership of Samford University thinks broadly and strategically about reaching this generation of young people -- and helping them think about how they are going to impact their world.”