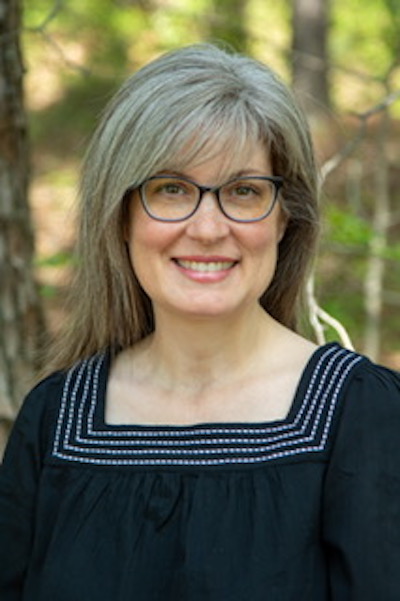 The path to obtaining a degree is not the same for everyone. More than 30 years after initially enrolling at Samford, Karen Redding will be graduating in the class of 2021 with a bachelor's degree in human development and family science (HDFS).

"I was a student in the 90s,” said Redding. “I got married between my sophomore and junior year, and before my senior year, we got pregnant with our first child. I got very sick and was unable to return because of the complications of that pregnancy."

Following the birth of her first child, Redding was able to return to Samford part-time. Her husband, a music minister, was then called to a different city so she withdrew from school to accompany him. Redding says that part of her decision to not return to school was influenced by the desire to homeschool her children. With her husband involved in consulting for several church plants, it provided stability in the uncertainty of moving.

"I suspended my education due to various life demands,” said Redding. “After marrying, having three children and relocating a few times, I made the choice to focus my time and energy on raising and homeschooling my three children and serving in ministry alongside my husband. We lived a somewhat transient life early on, so my decision brought my family peace and stability in those transitions, and I knew I was doing what I felt called to do in that season of life."

When Redding’s youngest daughter went to college a few years ago, she took that as an opportunity to reevaluate the direction of her future. “Here I am at the midpoint of my life, my children have grown, and I thought to myself, when I turn 60 something years old, what is something I am going to look back on and wish I had done, and the very first answer was finish college.”

Redding began the process of reenrolling by reaching out to the HDFS department chair. "I sent her an email and just said, this is who I am, I was a student in the 90s, and there's something that feels incomplete in my life. I would like to complete my degree if there a path. From there, Samford has just been incredible.”

Redding returned to Samford last fall to finish her degree as a distance-learning student. She hopes to continue her education by pursuing a master's degree in women's studies or theology.

"During my second chance at Samford, I am learning things I wouldn't have learned before with perspectives I didn't have before," Redding said. "My Samford experience has surpassed my expectations. I have been supported through this journey in every way by the faculty and the administration. I wasn't sure completing my degree would be possible, but Samford helped make it happen.”