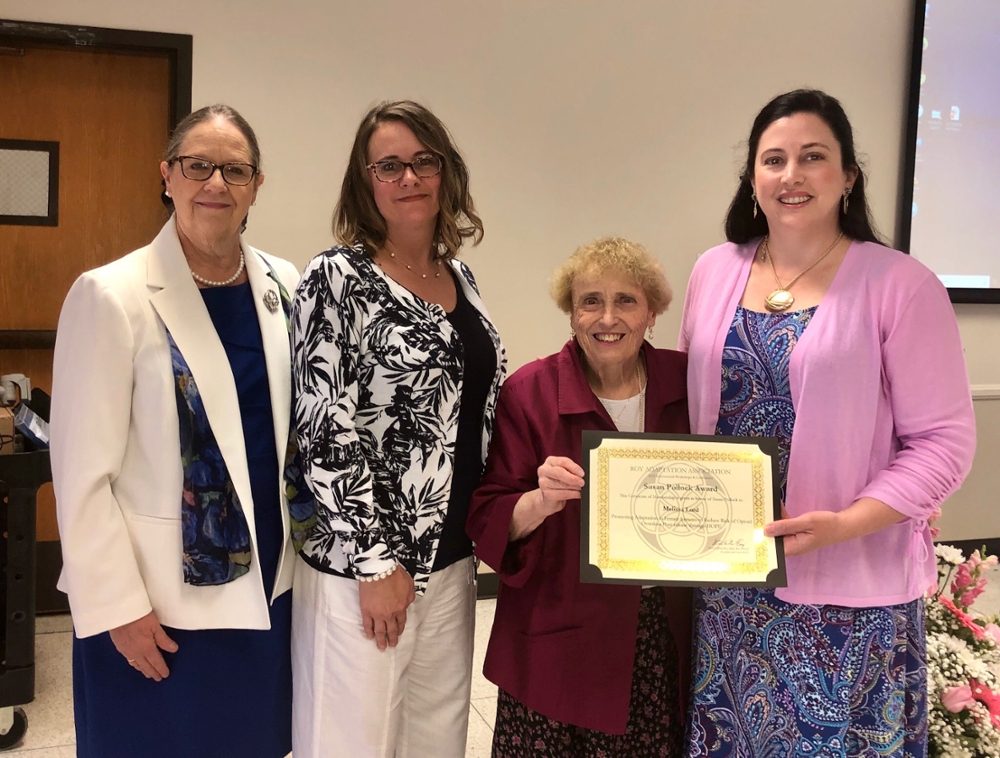 Substance use disorder has become a national epidemic. The United States Department of Health and Human Services and Center for Disease Control and Prevention report that an average of 115 opioid-related deaths occur daily in the United States. According to Hunt and Lord, newly released inmates are particularly susceptible to this epidemic due to the stressful situations that are often experienced in the post-release environment.

With the support of professor Ellen Buckner, Hunt and Lord developed an adaptation-based preparation program for re-entry, HOPE: Healthy Outcomes Post-release Education. Their goal was to provide the female inmate population with a curriculum that reduced risk and promoted transition. The HOPE program was designed to address each of the four adaptive modes described in the RAM theoretical framework: self-concept, physiologic, role function and interdependence.

RAM was developed by Sister Callista Roy in 1960. It has been applied for more than 50 years as a framework for nursing research and curriculum. The HOPE program is a four-class intervention with each course focusing on one aspect of the RAM adaptive modes.

Class one utilizes the self-concept adaptation. The class outlines the correlation between substance use disorders and mental health, self-awareness, self-care and self-esteem. The second focuses on the physical adaptation. The class provides inmates with the proper training needed to utilize intranasal naloxone for opioid overdose. Participants receive a certificate at the completion of the class and twin-pack dose of naloxone upon release.

The third class utilizes role function and challenges participants to identify new roles such as employment, furthering education and maintaining sobriety post re-entry. The class features a skills assessment to assist the inmates with identifying their interests. The final session focuses on the interdependence mode. “Identifying and developing healthy relationships and support systems is key to success,” said Hunt. Upon release from jail, participants receive a HOPE package to include a variety of resources presented and discussed in each class.

As they developed the program, it was important to Hunt and Lord that they develop something that could be delivered by prison staff members with proper training. “As we completed our research we received support from the sheriff, staff members such as the chaplain, nurse, and counselor, and other resource personnel from the Tennessee Department of Mental Health and Substance Abuse Services,” said Lord. “We feel confident that we have developed a sustainable program that has the potential to influence attitudes and behavior, empowering females to be prepared to adapt successfully to the post-release environment.”

Hunt and Lord have implemented HOPE within the Tennessee Department of Correctional Facilities. A preliminary data analysis is currently being completed.