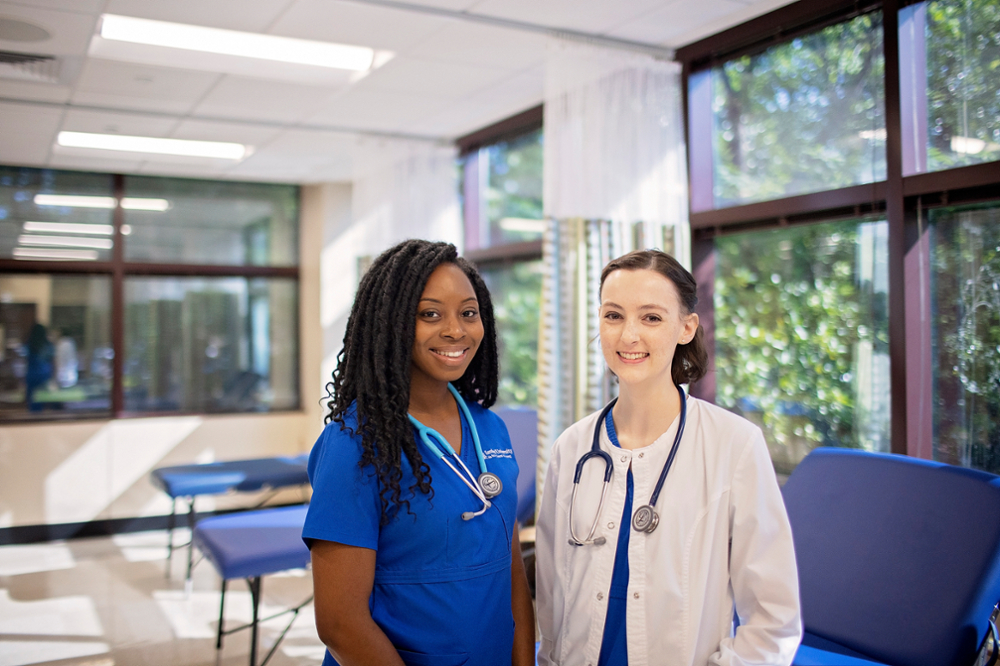 For the first time, Samford University’s Moffett & Sanders School of Nursing’s Bachelor of Science in Nursing degree has ranked among the best in the nation by U.S. News and World Report.

The program ranked in the top thirteen percent out of more than 694 programs nationwide. Rankings were based on peer reviews from fellow deans and faculty members across the country.

“This new ranking is a strong affirmation of the exceptional growth seen in our undergraduate program. To be among the top 100 schools nationally the first time U.S. News and World Report released this ranking, affirms the efforts of our nursing faculty and administration to make Samford’s Moffett & Sanders School of Nursing a recognized leader in nursing and health care education,” said Melondie R. Carter, Moffett & Sanders School of Nursing dean and professor.

Moffett & Sanders School of Nursing currently offers four pathways to the Bachelor of Science in Nursing degree:  traditional, transfer, second-degree and a veteran track that is tailored to meet the needs of those who have served in our armed forces.

“Our undergraduate program is built upon a 100 year history of excellence in nursing education. Graduates are distinct in their ability to provide the highest standard of compassionate care,” said Lora Shelton, Moffett & Sanders School of Nursing associate dean of undergraduate programs and associate professor. “This recognition is a testament to the dedication of our faculty and their commitment to uphold our rich foundation and hold students to the highest standard.”

Bachelor of Science in Nursing graduates consistently achieve National Council Licensure Examination (NCLEX-RN) pass rates that are above the national average. In May 2021, 95% of graduates passed the licensure exam on the first attempt. In addition, graduates are highly sought-after by hospitals and agencies. Ninety-three percent of the May 2021 graduating class had accepted job offers prior to graduation.