Buchanan Research Published by the European Journal of Political Economy 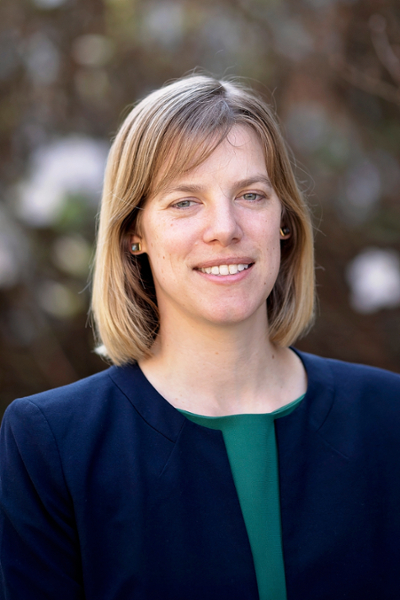 New research by Joy Buchanan, assistant professor in Samford’s Brock School of Business, has been published in the European Journal of Political Economy. The journal distributes original theoretical and empirical research on economic phenomena within a scope that encompasses collective decision-making, political behavior, and the role of institutions.
Buchanan’s article, “Other people’s money: Preferences for equality in groups,” was coauthored with Gavin Roberts of Weber State University.
Their research, in summary, describes the tradeoff between equality and efficiency implemented through income redistribution that come from economic policy decisions. To explain this, they ran an experiment. They tested whether people are less likely to purchase equality with their own money versus transferring someone else’s money to a low-income group member which reduces inequality at the cost of group efficiency.
Their experiment measured the willingness-to-pay for equality both with own income and other people’s money. They found that the subjects were more likely to purchase equality with others’ money at the cost of group efficiency, and the average individual prefers an outcome with more own income and more inequality. The willingness-to-pay for equality is greater than zero when using others’ money, however subjects are sensitive to prices even when making purchases with others’ money.
Buchanan has created a summary of the results in her blog.
Samford is a leading Christian university offering undergraduate programs grounded in the liberal arts with an array of nationally recognized graduate and professional schools. Founded in 1841, Samford is the 87th-oldest institution of higher learning in the United States. The Wall Street Journal ranks Samford 1st nationally for student engagement and U.S. News & World Report ranks Samford 66th in the nation for best undergraduate teaching and 104th nationally for best value. Samford enrolls 5,683 students from 47 states and 19 countries in its 10 academic schools: arts, arts and sciences, business, divinity, education, health professions, law, nursing, pharmacy and public health. Samford fields 17 athletic teams that compete in the tradition-rich Southern Conference, and ranks 6th nationally for its Graduation Success Rate among all NCAA Division I schools.
Marketing and Communications Manager
Morgan Black
mblack3@samford.edu
205-726-4753