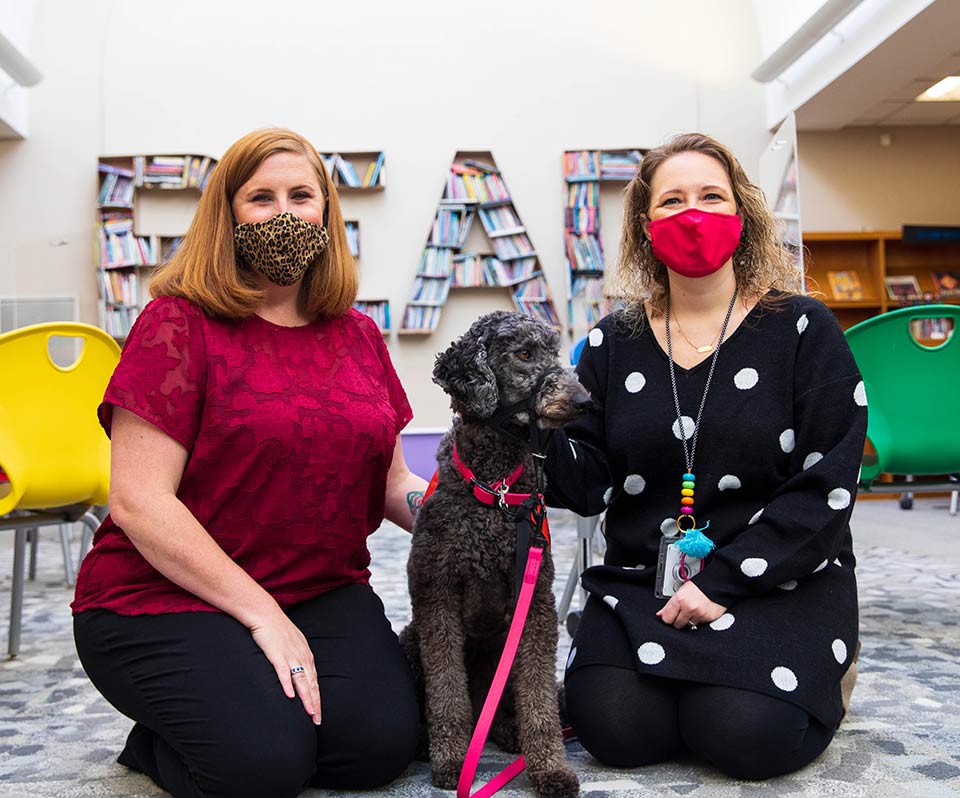 In Homewood, Alabama, Shades Cahaba Elementary School assistant principal Wendy Story drives to work every day with her colleague Delta, who just so happens to have floppy ears and four legs. Delta, a goldendoodle, along with Russell, a Labrador retriever, are the school’s facility dogs.

Considered employees of Homewood City Schools, Delta and Russell are scent-trained to smell anxiety and stress in children. Teachers can sign up to have one of the dogs come to their classroom to do fun tricks, interact with the kids or more often than not, just be present in the room.

Story and Edgewood Elementary School principal Laura Tate began noticing the benefits of having the dogs in elementary schools in their district, but they weren’t able to find existing research explaining why. The research they found primarily focused on working dogs meeting individual needs or being present in elderly care facilities, prisons and hospitals. As candidates in the doctoral program at Samford University’s Orlean Beeson School of Education, Story and Tate decided to research the effects of facility dogs used as school-wide intervention in elementary schools. 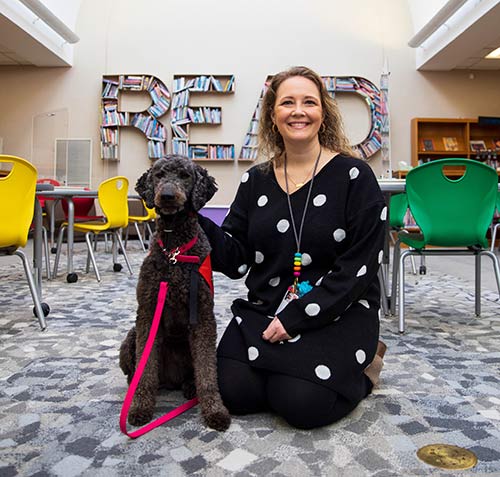 “We felt like the benefits were there but there was nothing to back it up,” said Tate. “There wasn’t a lot of information there. We truly both believe in this, but it’s important for other schools to be able to reach back to something and see that the facility dogs truly have a benefit in the educational setting.”

Story and Tate performed a phenomenological, qualitative study using interview data from educators’ experiences to determine if the presence of facility dogs has an effect on school climate. They continued to observe Russell and Delta, along with Maize, a retriever mix, who serves as the facility dog at Hall-Kent Elementary School. They found that facility dogs should be considered as an intervention to promote a positive elementary school climate through four themes: relationships, community, emotional understanding and the calming effects of dogs. Story and Tate were able to develop a conceptual framework, something not all new researchers are able to do, called The Story-Tate Conceptual Framework for Facility Dogs and School Climate.

In their research, Story and Tate discovered that having tactile contact with dogs releases oxytocin that creates a block to anxiety and stress, meaning when a student pets Russell, Delta or Maize, they become calmer. Since the dogs are scent-trained in smelling anxiety and stress, they naturally gravitate to children who are experiencing those feelings. Teachers also reported their anxiety decreasing in the presence of the dogs, sometimes stopping by the school office just to visit them when feeling stressed.

Story and Tate kept noticing a theme of community. Not only do the dogs provide comfort, but they were a bridge to connect students, teachers, administrators and parents. They were seen as the focal point within the school and considered a mascot.

“I have a ’50s costume for Delta because it was ’50s Day for kindergarten and she wore it,” said Story. “You could see the interaction with kids and teachers alike and they just lit up when they saw Delta in costume. Parents were taking pictures of her at carpool so it’s just that fun way to connect and bridge a tighter relationship within the school community.”

Story and Tate’s dissertation chair and associate professor of educational leadership Amy Benton was unfamiliar with this area of research, but soon saw the relevance as their work developed.

“They took on a complex analysis and their tenacity to learning and understanding the process resulted in a conceptual model that bears their name,” said Benton. “It is en route to being published and is a wonderful achievement for the two of them.” 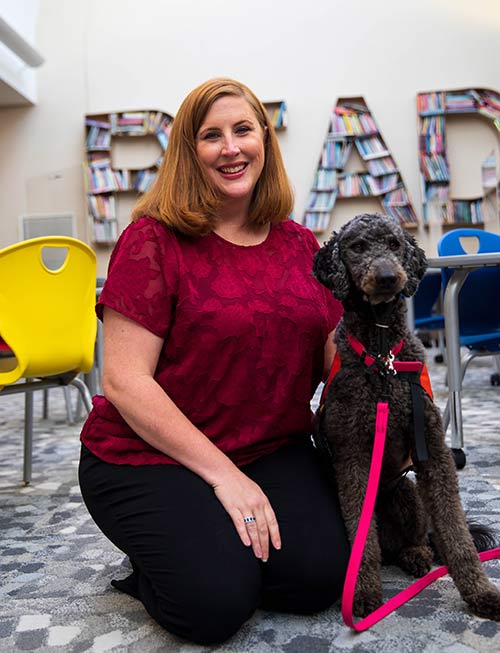 Story and Tate are expected to graduate from the doctoral program this December and hope to do more research around facility dogs in the future.

“The partnership and collaboration between our school district and Samford was something that I saw as a principal and assistant principal,” said Tate. “I saw the quality teachers that Samford put out, they became the teachers that we really seek to hire in our district. It became one of my goals to not just get a doctorate, but a doctorate from Samford.”

Learn more about our doctoral program.