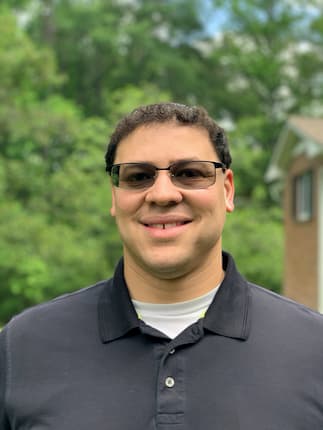 Jackson received the honor for his outstanding work as a fourth-grade teacher at Eden Elementary in Pell City, Alabama, where he has taught for the last eight years.

In his classroom, Jackson aims to create a safe environment where students can expect to learn and make mistakes. His students are encouraged to explore their individualism through movement, collaboration and games. He strives for every student to feel like an individual in his classroom. His goal is for each student to own their differences and grow into who they want to be.

Among Jackson’s professors at Samford, he is remembered as a gifted student who naturally possessed the characteristics necessary to be a great teacher. Not only was Jackson consistently creative, intelligent and responsible, but a genuinely kind and authentic person as well.

“I knew from day one that this young man was destined for great things with children,” said David Finn, teacher education professor. “My heart leapt up when I learned that he was chosen as Alabama Teacher of the Year. We are deeply honored at Samford to showcase him as one of our finest graduates.”

Jackson had not considered special education until he was in Samford’s ESEC program where it was offered automatically if you were majoring in elementary education. Jackson’s greatest hope as a teacher is for each student to know they are valuable and they have a purpose.

“I wanted to teach ALL kids, whether they’re gifted and talented, whether they’re nonverbal, whether they’re quiet and shy, whether they have learning challenges, whatever it may be,” said Jackson. “Samford prepared you to teach children. Period. That was one of the things that made Samford so unique. They instilled the belief in me that it didn’t matter what a kid’s situation was, where they came from or what their needs were, I was taught to teach them.”