Review real-world sports analytics case studies to learn how the Center for Sports Analytics can help you.

How Nike Discovered Data-Driven Insights About the "Modern Warrior"

Nike, desiring to develop new strategies for connecting to Generation Z, partnered with Samford University to provide students a unique learning experience. Students in the Brock School of Business sports marketing program spent months analyzing "big data" in addition to traditional research to complete a deep dive on football players in middle and high school, or as Nike refers to them, the Modern Warrior. “The Modern Warrior is part of Generation Z, which is the upcoming generation that follows millennials,” said Darin White, founding director of the sports marketing program and executive director of Samford’s Center for Sports Analytics. “I think a lot of people believe millennials and Gen Z are pretty much one and the same and they’re absolutely not.”

According to Nike Field Sports Vice President Tracy Teague the Samford student team provided Nike with exactly what it needed. “Their work confirmed several of our own suspicions, but also presented us with some unique insights through data-driven validation that we will actively pursue as we develop our strategic plans going forward.”

The seniors in the Brock School of Business sports marketing program in conjunction with the Center for Sports Analytics and Affinio conducted an analysis of over 42,000 social media followers of the Chick-fil-A Peach Bowl in an effort to identify new revenue streams for the bowl game. Their analysis revealed a substantive unknown highly engaged fanbase in Orlando, Florida. The team of students then conducted an extensive ideation session to develop fan engagement strategies for the Peach Bowl to maintain and grow the faraway fanbase.

Like most professional sports teams, the Miami Dolphins wanted to attract more women to become fans of the team but were still working out the best strategy to attract them to a traditionally male-oriented sport. Utilizing "big data" students at Samford University developed several innovative social media strategies to help the Dolphins accomplish their goal.

Recognizing that North America and Europe have over 70 million eSports fans, the NBA was searching for ways to leverage eSports to grow its fan base. eSports tournaments draw audiences that rival the Super Bowl and Olympics. Major brands like American Express and Coca-Cola now sponsor eSprots tournaments. According to ESPN, "gaming is what every traditional sports league is desperate to become: young, global, digital and increasingly diverse." With this in mind, Samford University students set out to develop a solution that would allow the NBA to accomplish its goals.

FC Bayern Munich, one of the most valuable, well-known professional sports teams in the world, began pursuing a U.S. fan base growth strategy several years ago. Bayern Munich, desiring to ascertain the success of their brand-building efforts, partnered with Samford University to provide students a unique learning experience. Over the course of a semester, Dr. Clif Eason and Dr. Darin White guided a team of Samford students to complete a nationwide study of U.S. soccer fans which sought  to answer the primary research question of “How is Bayern Munich perceived by  U.S. based soccer fans?” With this purpose in mind, Samford University students set out to answer the question in two ways. 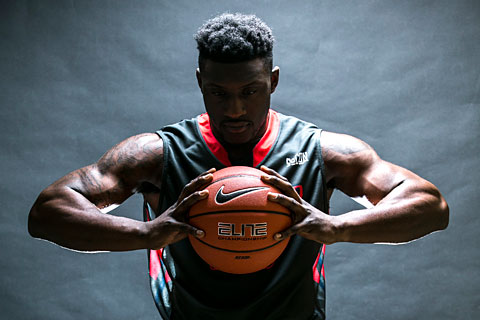