Published on December 10, 2015 by Lauren Caballero   Share this on:

Social media is not a foreign concept to a majority of the population today. Nearly 2.1 billion people have social media accounts, and of that, 1.7 billion are active accounts. But how does social media have an impact on sports, specifically college athletes today? Depending on who you ask, you may get very different answers.

Below are the stats according to a recent Fieldhouse Media survey of 927 college athletes regarding their current social media accounts. 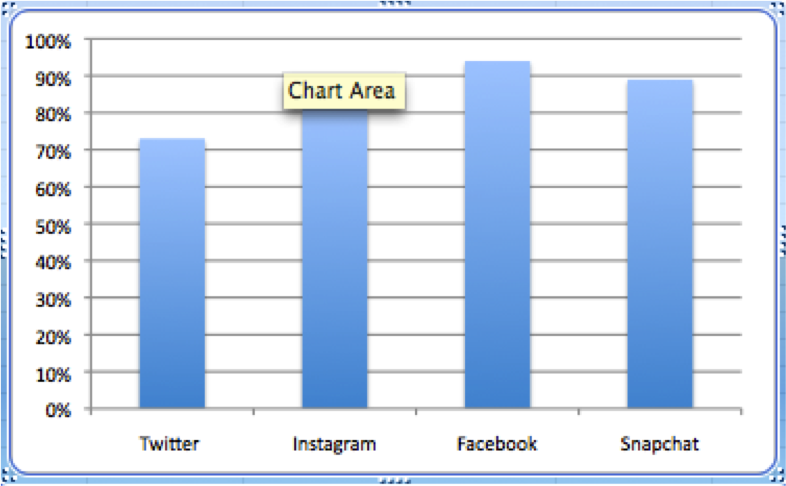 Have you had trouble finding one of your favorite college athletes on social media lately? This is a trend that is quickly becoming a reality. Just a couple of teams stacking onto the list of those banning student athletes from social media are: Minnesota, Purdue, Iowa, and Louisville men’s basketball teams, and Clemson and Florida State’s football teams. The majority of arguments from coaches defending their ban is that they are “protecting their players from themselves”.

But in reality, some argue they are doing their players a disservice. In Kristi Dosh’s article posted by Fox Sports, she believes that it simply translates to “I’m too lazy to invest time in teaching you, or finding someone to teach you, the appropriate ways to use social media”.

A Violation of the First Amendment?

Public universities that ban the use of social media could be liable for suppressing students’ free speech. According to an article published by ESPN, Mina Kimes argues that even though student athletes already submit to other oversight such as curfews and practice schedules, these do not violate their constitutional rights like social media bans. To date, there have not been any cases tried in court, but one seemingly may not be far off. The defense of athletic departments would likely be that their student athletes could be categorized as employees.

An emerging trend is the utilization of social media by college coaches in the recruiting process. Arkansas football head coach Bret Bielema has made recruiting decisions from social media in the past and confirms that he will continue to do so. Bielema explains, “if you have a social media nickname or something on your Twitter account that makes me sick, I’m not going to recruit you.” Georgia and Penn State football coaches also claim to have dropped recruits based on their social media use. The SMU athletic department is “preaching to the same choir”. SMU actually has a team of people monitoring what recruits put on social media. If a recruit’s tweet stems too far outside of what is deemed acceptable, SMU is not afraid to withhold a scholarship and avoid future issues.

With all of this said, college athletes must realize how they are viewed while performing at the collegiate level and handle the opportunity professionally. A few weeks ago, Ohio State players made headlines with questionable tweets after their loss to Michigan State. Also not a stranger to social media mishaps during his college career was Texas A&M QB Johnny Manziel, who admits, "At the end of the day, I've made some rookie mistakes”. All in all, collegiate athletes must realize the pedestal they are placed on for their 4+ years in the college sports spotlight. Their actions online now may impact their future a little more then they may expect.