Nike has been viewed by most as the leading brand of apparel in athletics over the past few years as the company has released more innovative and cutting-edge uniforms than its competitors. How do Nike-sponsored college football teams compare to teams sponsored by other brands though?

Nike in the FBS 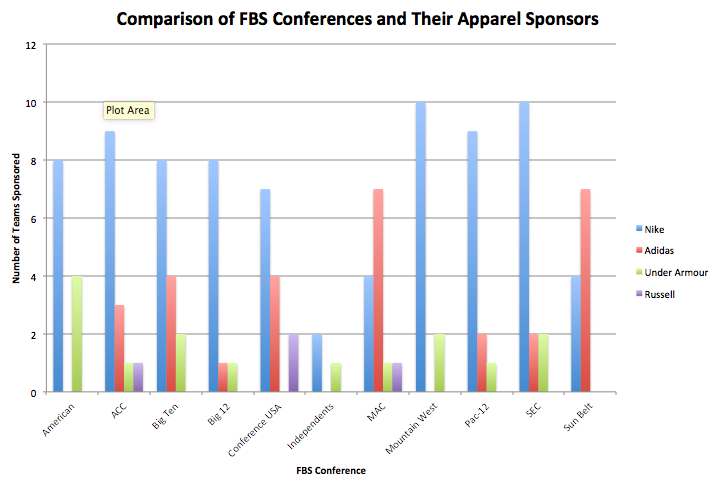 Nike in the FBS & FCS Championships 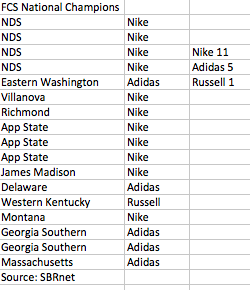 Nike and Its Association with Success

Although Nike does dominate the FBS, sponsoring 61.7 percent of FBS teams, its history of dominating the highest-performing teams in college football is even more noteworthy. Nike sponsors 80 percent of the 2017 AP Pre-Season Top 25. 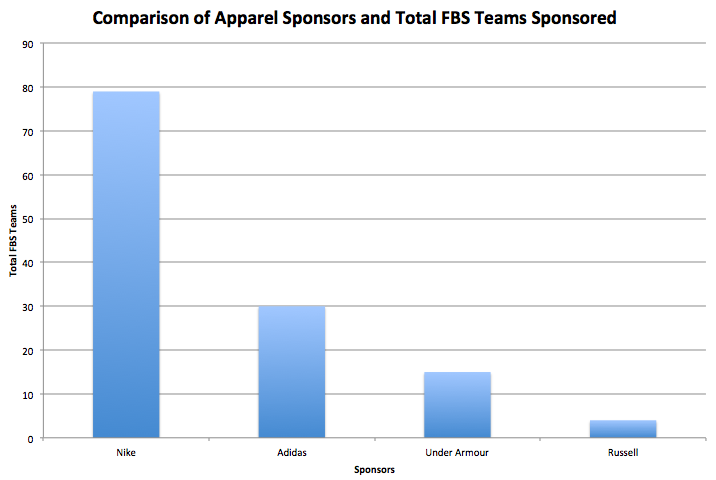 Nike clearly has a reputation of being associated with the highest performing teams in college football. Not only does Nike gear provide athletes with the most modern and trendy uniforms in the business, but it also allows athletes to perform their best on the field. “Just Do It” in college football means “Just Win” for Nike-sponsored teams.

*Note: If team is not listed on this list, sponsorship information included in paper was found on specific university’s athletic website.