You might find it obvious if I were to tell you that the Packers, Seahawks, and the Patriots were my favorites to win the Super Bowl, but what if I said the Chiefs, Jets, and Falcons had a legit shot at winning the Super Bowl? That’s right, the same three teams that haven’t won a championship in over forty years. It may be a long shot, but here is my list of the potential sleepers for the 2015- 2016 NFL season. 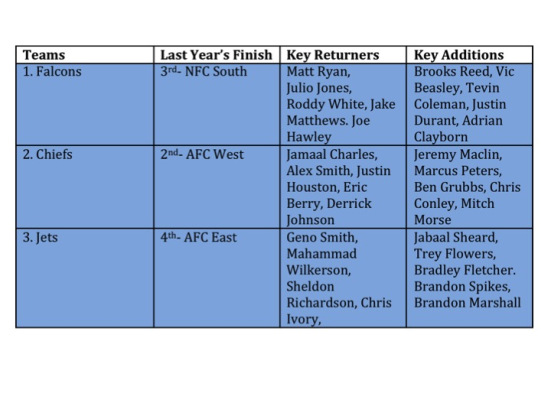