The NFL is headed south of the border for its Monday night game. According to CNN, "Over the last decade, the Hispanic audience for football has boomed. NFL viewership among Hispanics has increased 28% in the past five years alone" and the "NFL estimates it has about 22 million fans in Mexico, and Mexico City has the seventh largest fan base of any city in North America. (The six other cities are all in the U.S.)."

Where do they live? 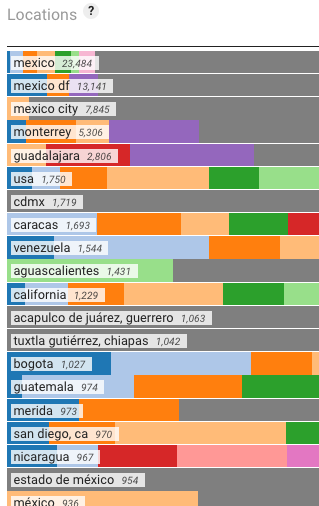 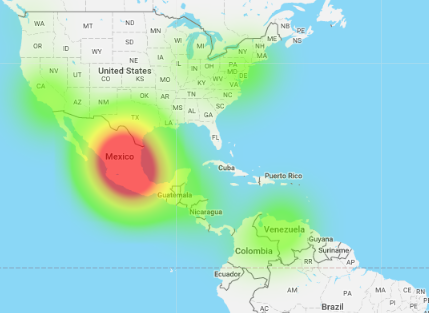 What are their favorite sports teams?

Note: It is interesting that the NBA is the second most popular league for this audience rather than the Mexican professional soccer league. It's also interesting to note that the MLB is well down the list.

Do these fans prefer NFL social content in their own language?

Note: The NFL supports two official Spanish language NFL Twitter accounts. Both of these accounts are highly popular with this audience as can be seen above.

What sports stars are most popular with this group? 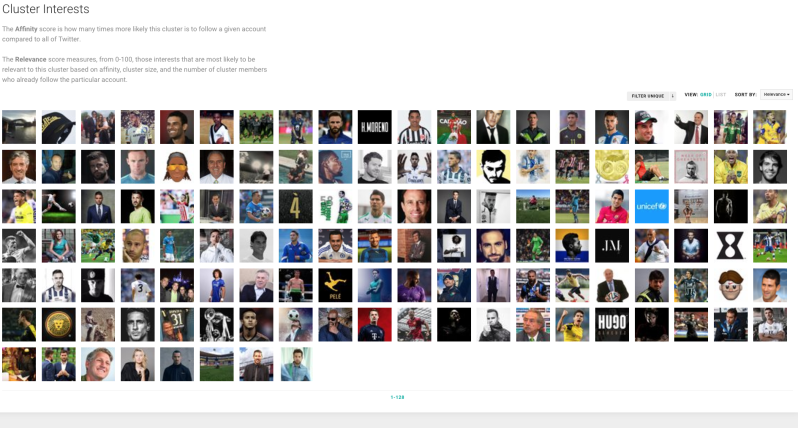 Note: Even though the people in this group are followers of the NFL, they prefer to follow individual soccer stars rather than NFL players.

What are the top 5 most popular sports stars? 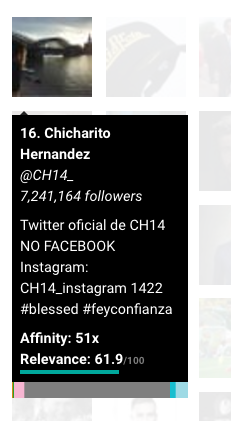 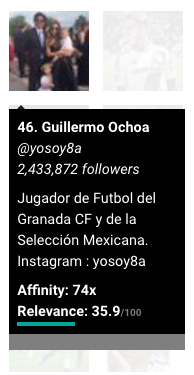 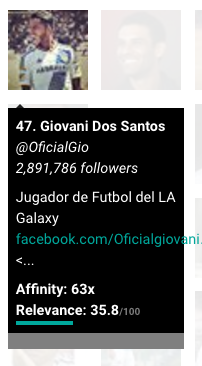 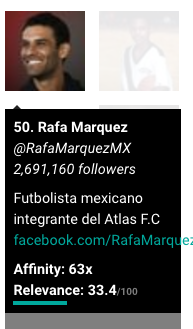 What are the most popular brands with this group?

What about automotive brands?

What about sports brands? 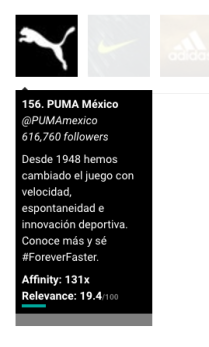 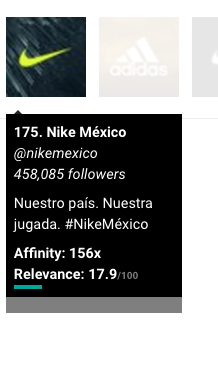 Where do they get their sporting news?

Who are their favorite actors?

Who are their favorite singers?

Who are their favorite writers?

What are their favorite broadcast shows?

Where are they more likely to turn for NFL News? 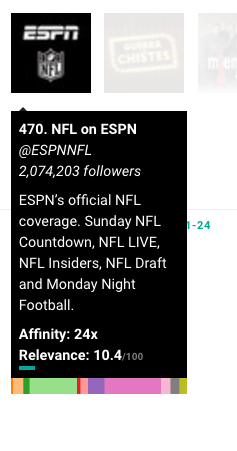 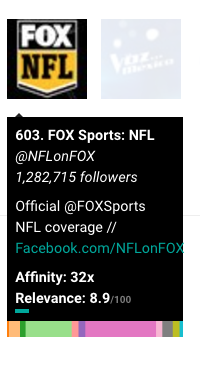