Unless you have been living under a rock for the last couple of years, you can’t help but notice how social media is changing the sport's world. Sports are increasing their popularity now, and a number of the reasons for that are due to social media. Social media is climbing its way up. Fans are now always on their phones during games to see stats and highlights. Social media is taking over.

Social media is a source for information. Fans, teams, coaches, and players get the majority of their information from social media. When fans watch games, they are probably scrolling through their phones on a social media site at the same time. Even though social media brings in a lot of excitement, it also has its downs for people, like Johnny Manziel. Social media has the ability to expose anything and everything. If you want to know something about sports, it is as simple as scrolling through your twitter feed and getting the information you want to know. The graph below shows the people who use a tablet while watching television. More than likely they are on some form of social media. 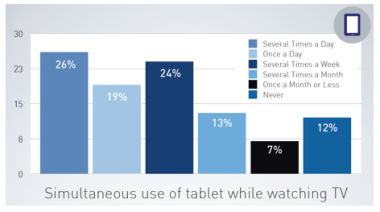 Social media provides so much for sports. It provides up to date stats, communication with players and fans, opinion of other players, and most importantly it allows you to become more educated on sports. If you want to see a score or see the best highlight of the day all you have to do is look on twitter and you will find it. The ESPN app on your phone also provides updates on the regular basis. Social media is a great way to interact with fans and start conversations.

Ever since twitter started in 2006, players and coaches have been creating twitter pages for themselves. Even though it can be a great way to connect with their fans, it can also do some damage. We have seen so many instances on the news where players tweet something bad or they are caught partying. Johnny Manziel is a good explain of someone who now has a bad reputation because of social media. 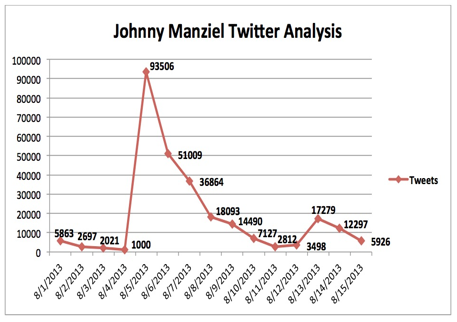 This country is great because we are allowed to express our opinions, but sometimes our opinions should be kept private. Cardale Jones once tweeted, “Why should we have to go to class if we came here to play FOOTBALL, we ain’t come to play school, classes are POINTLESS.” These kind of tweets are the ones athletes shouldn’t send out. This tweet doesn’t represent the team or Ohio State University well.

https://storify.com/BrandonatRU/how-social-media-affects-sports [page unavailable as of 5/23/2018]