Is the NBA Moving to Positionless Basketball? 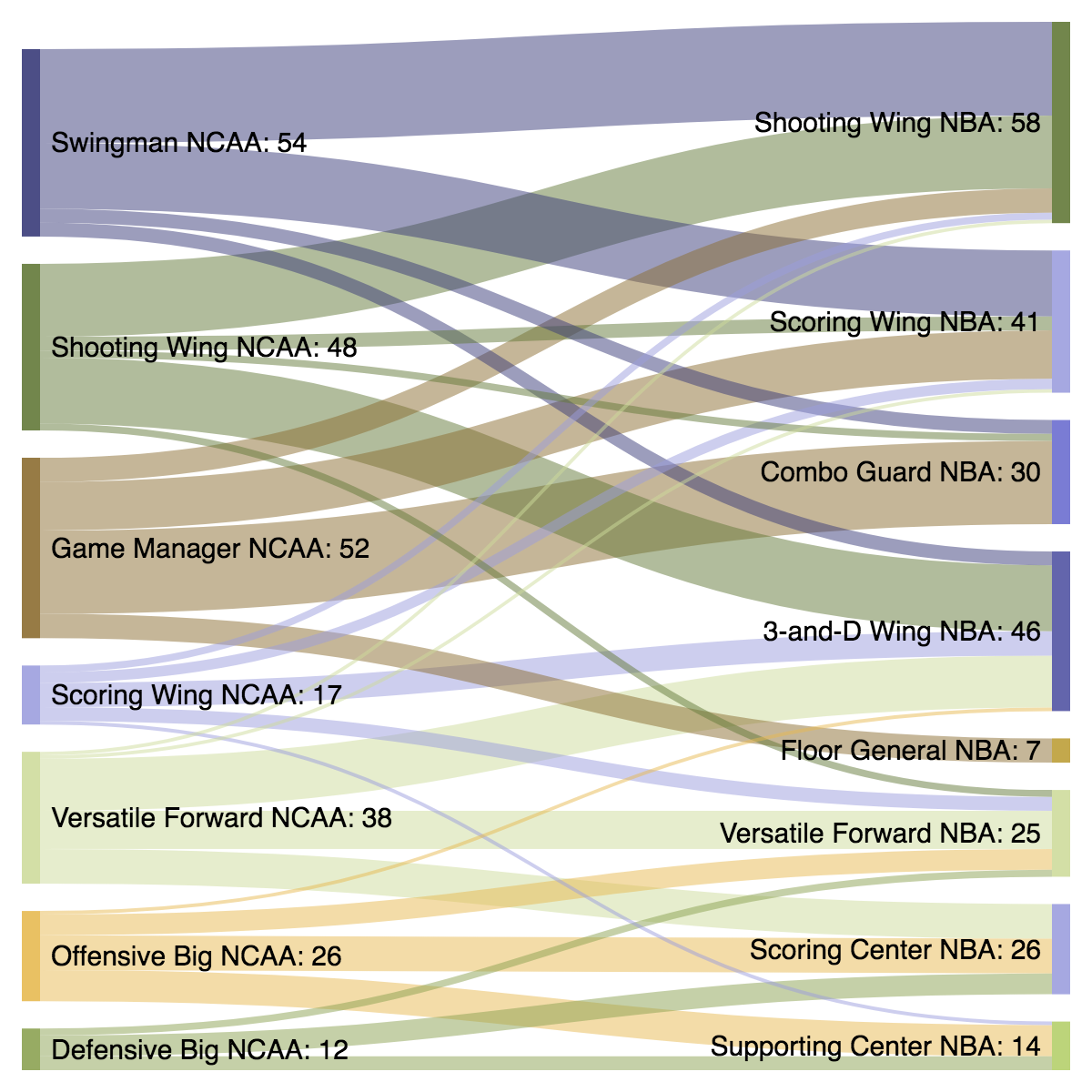 For any basketball fan out there, it’s no secret that the NBA is going through a change of eras. As we see the emergence of versatile star players much like Draymond Green and Kawhi Leonard, we continue to see a certain caliber of player enter the league. Statistician Alex Cheng (@fastbreakdata) argues that the NBA’s traditional five player positioning system oversimplifies the versatility of today’s basketball player, thus mitigating their impact on the court. In order to better define the versatility of NBA talent, Cheng designed a method to split players into eight new positions: Defensive Centers, 3-and-D Wings, Scoring Wings, Versatile Forwards, Floor Generals, Shooting Wings, Combo Guards, and Offensive Centers.

Analyzing the change in pace over the course of various eras allows the average fan to visualize the changes the NBA has undergone. The chart below displays the change in pace over the course of 30 seasons in correlation with three-pointers attempted by the league. As the trend of offense changes towards an outside-shooting league, visualizing the change can help in understanding the loss of traditional positions; players will be expected to step out and hit the three, or even defend it on the perimeter. 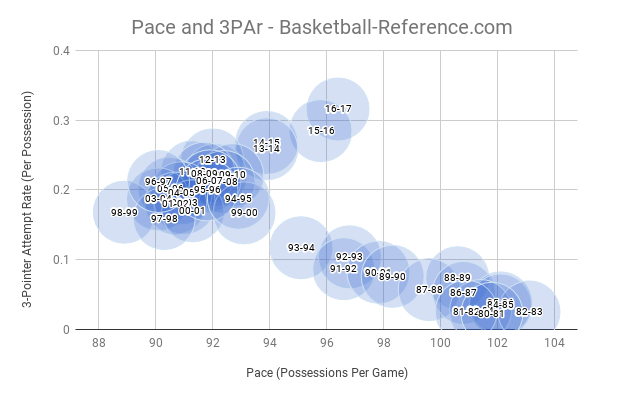 Obsolescence of the ‘Back to the Basket’ Center

As the pace of basketball continues to quicken from season to season, teams look to add players to their roster that can play in an up-tempo offense and defend an up-tempo defense. In the 16-17 season, the NBA on a whole averaged a higher offensive pace than the historically fast ‘Seven-Seconds-Or-Less’ Phoenix Suns; this in and of it itself is telling of the direction NBA offense is taking and begs the question, is there a place for a traditional big in the league?

According to Alex Cheng’s graphical analysis below, it is apparent a noticeable drop-off exists in Win Shares for the category of Offensive Centers. Furthermore, according to the VORP (Value Over Replacement Player) statistic designed by Keith Woolner (@kwvorp), the Offensive Center has the worst score out of all eight positions. This is telling of the current climate of the NBA as big men continue to be ostracized for their lack of defensive ability. The Jahlil Okafors and Zach Randolphs of the NBA must develop their game outside of being a back to the basket scorer. As more teams look to hit the outside shot expect to see more players follow Karl-Anthony Towns and Marc Gasol by adding the three-ball to their arsenal. The NBA isn’t forgiving towards one-trick-pony centers anymore.

How to Draft in Today’s NBA

There is no doubt that front offices continue to look for new metrics in understanding how to seek out those diamonds in the rough. How can they utilize these positional metrics designed by Alex Cheng to maximize their drafting potential? Reddit user u/Kaotus continued to expand upon this premise of predictive drafting by analyzing whether NCAA players continued to play their collegiate position in the NBA. The graph above is a sample taken from 240 players that played more than 15 collegiate games and played in the NBA from 2008-2017 and shows that on a whole, NCAA players went on to play a similar position in the NBA. Analyzing the results of draftees over the course of the past decade will allow front offices to develop predictive methods to determine if a player can fit into their team’s on-court schemes. For example, if a team runs a small ball lineup, they’d be likely to use this method to seek out big men that are non-traditional in the sense that they can slip between center, power-forward, and small-forward positions. 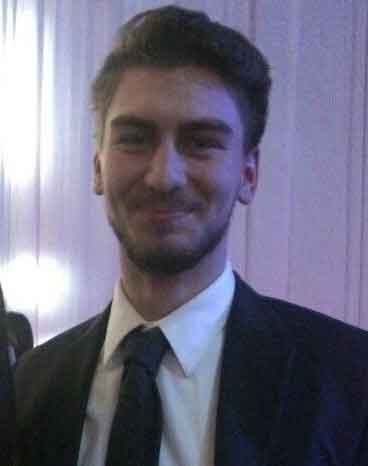 This blog post was written by Samford University student Chase Tripi (@TripiSports). You can learn more about Chase Tripi at linkedin.com/in/chase-tripi-99ab34109.