When it comes to Twitter, sports accounts are a dime a dozen, especially when it comes to basketball related content. There are countless highlight and meme generating profiles; with so much content readily available, which accounts see the most usage and resonate the most with the current NBA fans? We utilized the Affinio data intelligence platform to track the Twitter interactions of almost 7 million sports fans to deduce which accounts they interact with the most. The chart below shows the overall twitter interaction of millions of sports fans, but our specific focus is on the large gold bars, those dictate the users that are categorized as NBA fans. This chart clearly denotes that NBA fans interacted or mentioned Bleacher Report over 38,000 times over a month period. Sports Center follows with just under 24,000 mentions, the NBA Twitter account has 21,000, ESPN with 15,000, and NBA on TNT rounds it out with 8,000 mentions. 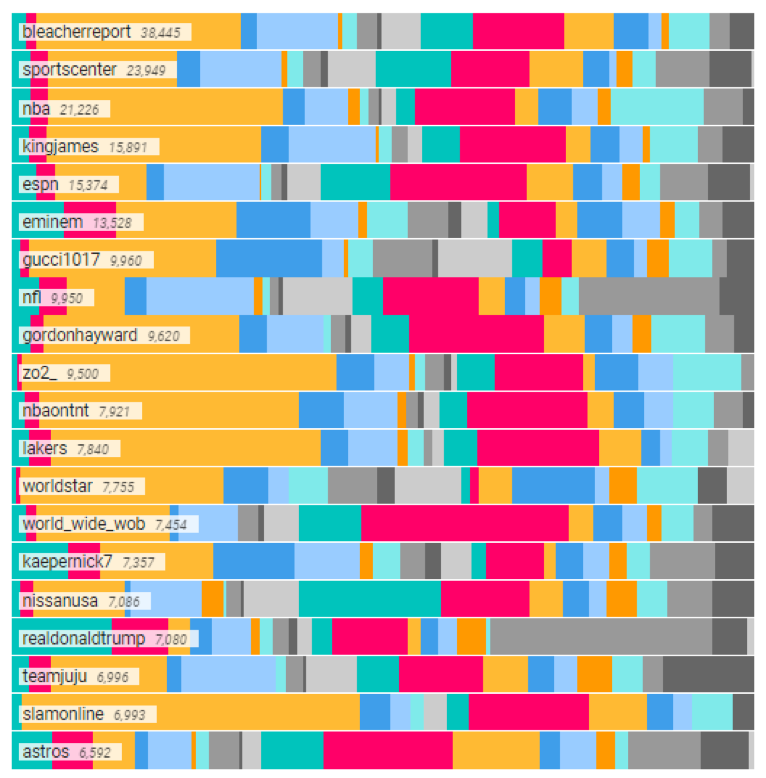 The next chart below denotes the accounts that MLB fans interacted with over the same timeframe. The dedicated MLB account came out on top with over 16,000 mentions, then Sports Center with 7,000, Bleacher Report with about 6,500 mentions, ESPN with 5,500, MLB Network with 3,400 mentions, and lastly MLB on Fox with 2,300 mentions. The differences in the account interactions between NBA and MLB fans offers interesting insights as to the engagement with league accounts across the differing fan bases. For NBA fans, the league account came in third on their interactions chart, whereas for the MLB, their league account was far and above the most interacted sports account. We still see the presence of Bleacher Report and Sports Center; however, they are not nearly as prevalent as they are to NBA fans. This could potentially be a testament to the quality of content posted for each sport or the social media reception of baseball fans. 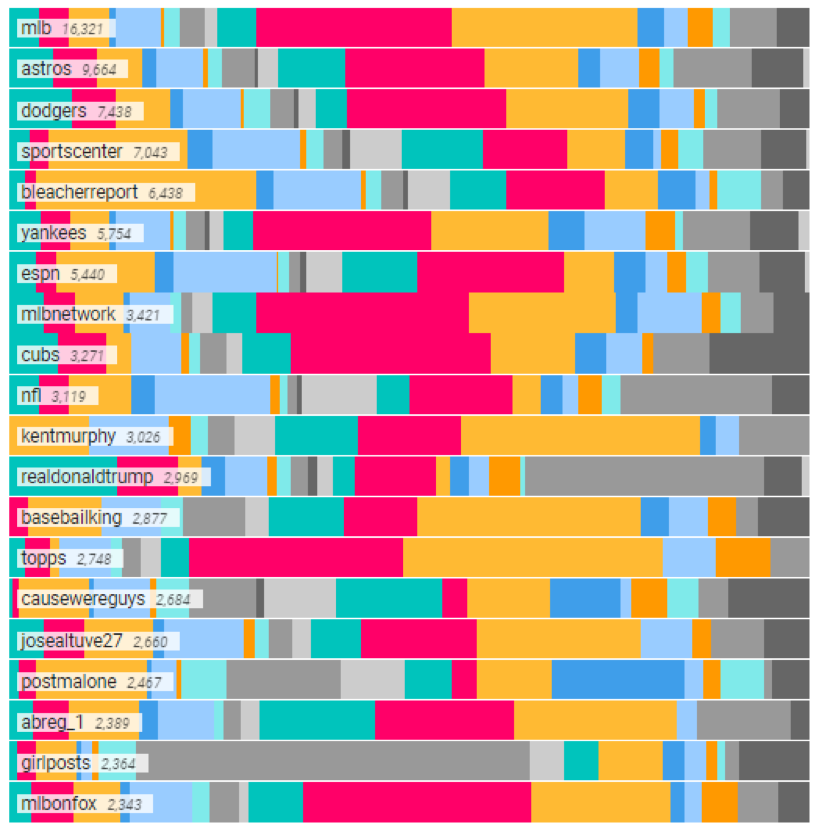 Below is our third and final major league chart. Much like the MLB chart, the NFL league account came out on top with 18,500 mentions, then ESPN with 15,800, Sports Center with 15,000, and Bleacher Report with 14,700 mentions. Football fans by far have the most even usage and interaction with sports content accounts than the other two major leagues. Many assumptions can be made as to why their usage is relatively linear across the board, however the distinction between the fan bases remain prevalent in the data. 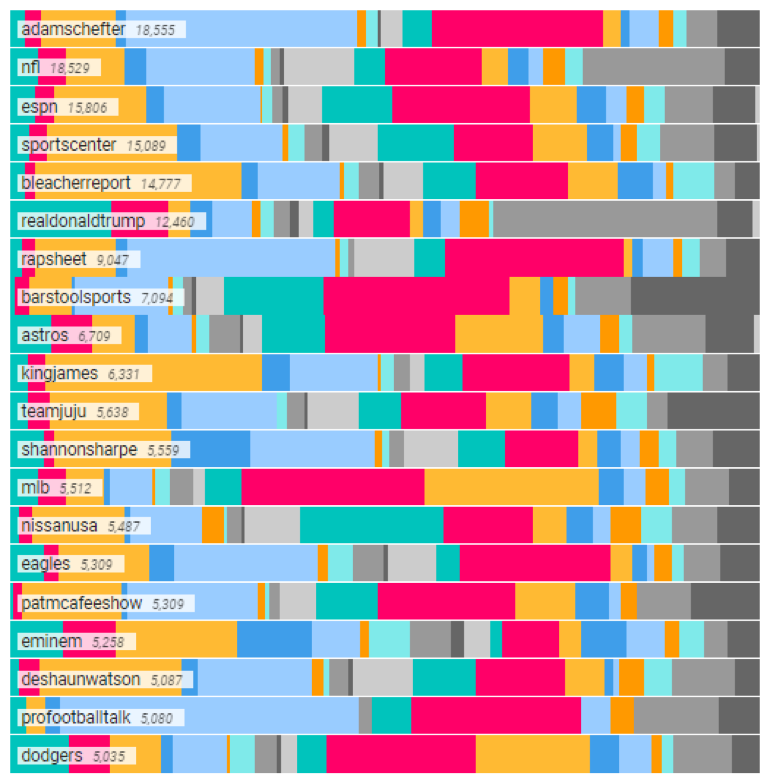