The Great Debate: Promotion and Relegation in American Soccer

To many American sports owners, the idea of their team being expelled from its home league after a particularly bad season sounds like a dystopian nightmare. Imagine the Detroit Lions being forced to wander the country as an arena football team or the Phillies being banished to Triple-A until they earned their way back into Major League Baseball’s good graces.

If it sounds brutal, that’s because it is. It’s also exactly how the promotion and relegation structure of the world’s top soccer leagues works. Each new season in a lower division holds the promise of the best teams climbing to greater heights, as well as the ominous knowledge that the worst won’t survive.

In its early days, Major League Soccer opted for the more familiar and safe confines of a single entity structure. And understandably so — the Thunderdome-esque environment of pro/rel isn’t exactly welcoming to new teams.

But today, MLS has shifted its focus from stability to growth. While Toronto FC entered the league in 2007 for a fee of just $10 million, expansion teams No. 25 and 26 are set to pay 15 times that. The next two could pay fees as high as $200 million. 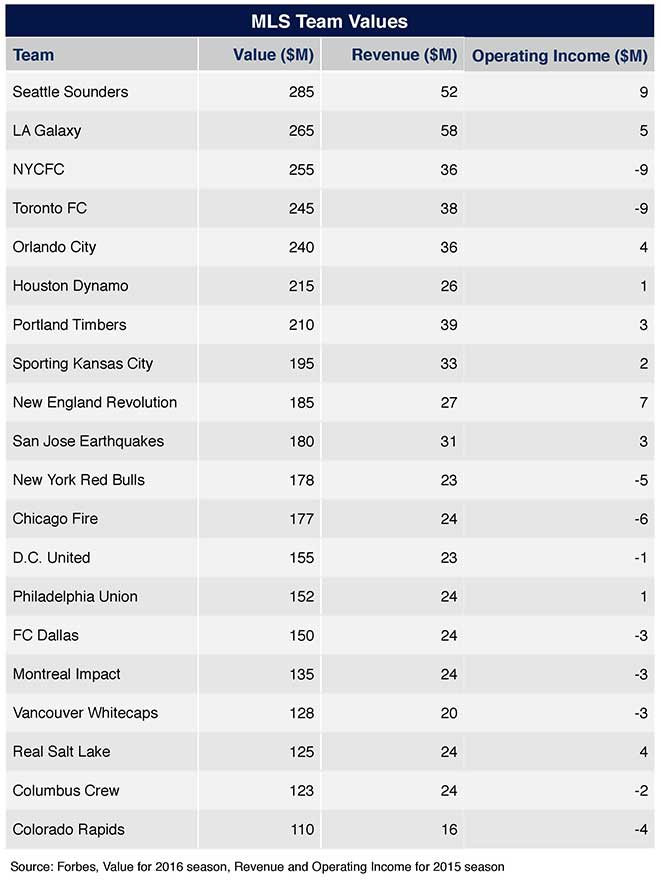 With that level of investment behind them, new franchises are entering the fray ready to fight for playoff glory. For some, that’s a sign that MLS is at the point where a pro/rel system could help it reach its ultimate goal of being among the best leagues in the world.

Six games from the end of the 2013/14 English Premiere League season, Sunderland looked all but doomed. Seven points deep in the relegation zone and with time running out, the wise money was on the Black Cats making their exit from England’s top tier.

And yet, by season’s end, the team had rallied to take 13 points from its last five games. That run, including wins against Chelsea and Manchester United, as well as a draw against eventual champions Manchester City, became known to Sunderland fans as the Great Escape.

For many American soccer fans, that thrilling close to the season for one of the worst teams in the league is a case study for the primary benefit of a pro/rel system: greater competition.

Compared with the current MLS season, where teams languishing at the bottom of the standings like D.C. United and the Colorado Rapids have little to fight for but pride, a pro/rel system would put them in the position of fighting to the last day of the season for their first division status.

If you subscribe to the idea that more meaningful competition produces a higher quality of play across the league, the progression is clear. More competition leads to better soccer, leads to greater fan engagement, leads to more revenue. The question, then, isn’t whether pro/rel would have financial benefits, but rather are they enough to outweigh the costs.

Here, the recent burst of MLS expansion can serve as a useful example. The Seattle Sounders, Montreal Impact, and Portland Timbers all entered the league as established teams in lower divisions, and each saw huge increases in attendance. Portland’s crowds increased 76 percent during their first MLS season, Montreal’s 98 percent, and Seattle’s an incredible 822 percent.

While that bump is less pronounced in established pro/rel leagues, it tends to be more than the loss teams experience after relegation. Promoted clubs on average see a 20 percent attendance increase in the EPL and a 25 percent increase in the Bundesliga. Conversely, teams relegated from those leagues suffer an average 15 percent and 19 percent decrease in attendance, respectively.

In addition, while MLS has seen tremendous growth in recent years, some believe it still hasn’t kept pace with the growth in popularity of the game overall. Since 2006, participation in soccer at the high school level has increased by 20 percent and at the college level by 25 percent. 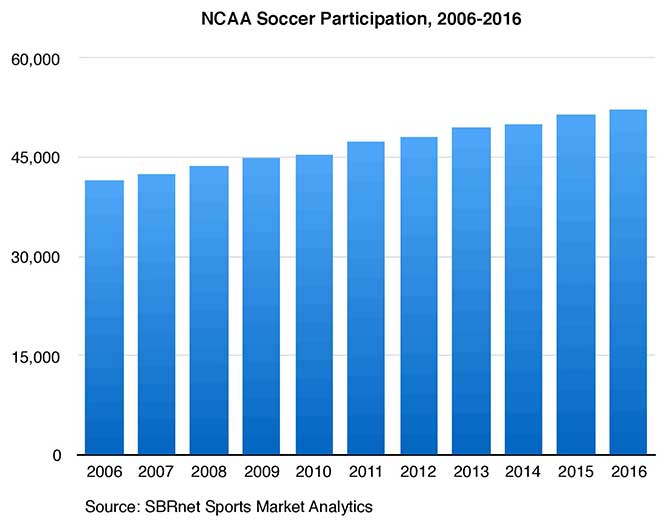 A pro/rel system could help the league harness that growth and expand its fan base into markets that were previously neutral by turning every second and third division club across the country into a potential MLS team.

For much of its history, MLS has lived in the shadow of the North American Soccer League’s demise. The top professional league in the country from 1968 to 1984, the NASL burned brightly at its height in the late 70s, but ultimately collapsed under the weight of lavish player salaries and over-expansion.

It’s no surprise, then, that MLS owners are conditioned to be risk averse when considering a dramatic change like pro/rel. The potential losses they could see for reworking the system are much easier to put a number on than the gains — and the losses for relegated teams are significant.

The 22 current MLS owners have each invested at least $100 million to purchase and operate their teams with the understanding that they would be guaranteed a spot in the nation’s top soccer league. Last year, Forbes estimated the average value of an MLS team at $185 million, an 80 percent increase over the previous three years.

By comparison, lower division teams in the United Soccer League and rebooted NASL are valued at less than $10 million. On the surface, relegation to the second division would reduce an MLS team’s value by more than 90 percent.

That huge loss is, in part, due to the gap in quality between the first and second tiers of professional soccer in the U.S., exacerbated by their separate closed systems. While relegated clubs would still lose value in a shared pro/rel system due to the lower quality of play, reduced broadcast revenue, and lower ticket sales, they would retain a portion of it due to the possibility of regaining their place in MLS.

However, the most challenging part of building a pro/rel system in the U.S. might not be the numbers at all, but getting every owner at all levels of the game to agree on it. Speaking with Sports Illustrated’s Grant Wahl earlier this year, U.S. Soccer President Sunil Gulati said he believes the only way pro/rel will, or should, happen is with the consent of everyone who has bought in.

“It’s not going to be that we dictate it should happen or shouldn’t happen,” he said. “If you make an investment today and the next day the government—in this case, us—changes the rules completely and changes the value of your investment? That’s going to lead to some serious problems.”

Drew has worked as a reporter for Sports Illustrated in New York and covered the retail and marketing industries for FierceMarkets in Washington, D.C. Now back in Alabama, he writes for Alabama Living and a variety of other publications under the WordSouth banner.