eSports and the Decline of Traditional Sports

Published on November 29, 2017 by Garrett Galloway   Share this on:

How could one of the biggest industries in the world be disappearing?  “There is no possible way” some might say, but statistics prove that sports are slowly disintegrating.  Will sports as we know them ever be completely gone?  Probably not, but the  numbers say otherwise.

Over the past 15 years, participation in various sports has had a consistent decline.  Participation has declined more in some sports than others, but as far as the big four (Baseball, Basketball, Football, and Soccer), not one of them has increased in participation in youth ages 7-17. 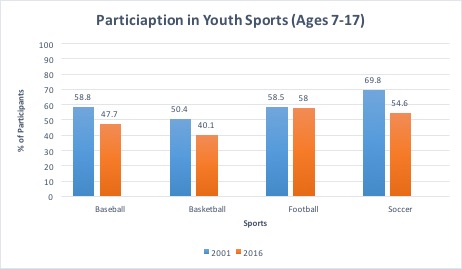 The numbers in the graph above are quite surprising. There are many explanations for why the numbers say what they do.  One reason why there has been a significant decline in the overall play of sports is the technology boom that has occurred in America over the past decade.  10-15 years ago, children would come home from school dying to go outside and play with their friends.  After completing a few hours of homework, they were free to go enjoy time with the other neighborhood hooligans until dinner.  That schedule was repeated everyday.  Youth in today’s culture spend all day at school on their technology devices, and when they get home, they spend hours on end on other various forms of technology because that is what they enjoy doing.  America’s youth is becoming more sluggish and lazy.

There have been efforts to try to combat this idleness.  In 2007, the NFL started a program called Play-60 that is still active today.  The mission of this program is “To make the next generation of youth the most active and healthy.”  It is an encouragement to America’s youth to go outside and be active for 60 minutes a day.  Although efforts like this are fantastic ideas, the technology trend is too strong to bring the numbers for participation in sports back up.

The recent rise in the popularity of eSports may also be an answer to why there has been such a big decline in the playing of the big four sports.  ESports are simply electronic sports.  It is when people play video games against each other.  ESports is new and entertaining, and youth like new and entertaining things.  Thus, they are drawn to what eSports have to offer.  Colleges are now getting eSports teams, which is encouraging the younger audience to practice and participate so they can even get a scholarship one day be on an eSports team.  To show how much the eSports industry is booming, Ben Casselman (@bencasselman) gave a statistic in a 2015 article that said,

“The League of Legends Championship sold out Staples Center in 2013, then sold out the 40,000-seat World Cup Stadium in Seoul a year later while drawing an online audience of 27 million--more than the TV viewership for the final round of the Masters.”

Clearly the eSports world is going full speed ahead, and it is taking America’s Youth with it.

The New Sports Don’t Have a Ball

The data shows the decline in the participation of youth in big sports to be strong.  Strong to the point that, 50 years from now, the top sports in the world may not even be played with a ball.  They will be played in an imaginary world through a television screen.  To some this fact is fascinating, but to others it is dreadful.  Either way, America’s youth is heading down a road that no other generation of America’s youth has been down before.  The tide is rising in the world of eSports, and real sports are fading away. 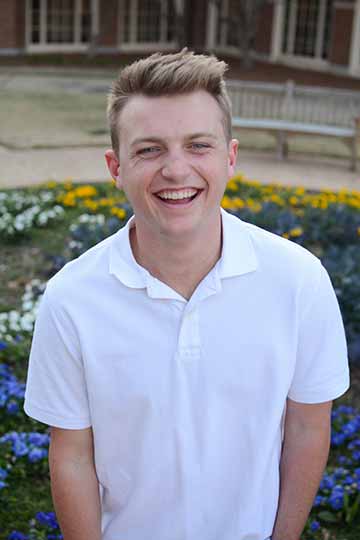