Regardless of the Outcome of National Championship, Nike is the Real Winner

Published on January 9, 2017 by Madison Browder   Share this on:

As Alabama and Clemson get ready to square off in the National Championship tonight, Nike has already been decided as the real winner.

As the official brand of both the Crimson Tide and the Tigers, Nike stands to win either way. One of their teams will be crowned champion and with it the Nike logo emblazoned on t-shirts and ads proclaiming so. A sight that sports fans have grown accustomed to.

In fact, the last time that a non-Nike team won the ultimate prize was in 2010 when the Under Armour sponsored Auburn was led by Cam Newton against the Nike founder Phil Knight’s favorite team Oregon.

Not that Nike needed the help from the publicity that comes from being the uniform provider of the top team in college football. They have virtually cornered the college football market both with the number of teams they sponsor as well as the amount of fans who wear their brand.

In 2015 the number of college football fans who reported wearing Nike running shoes was 38.2 percent. The next highest brand was New Balance with 13.8 percent. Under Armour and Adidas, the two next most prominent sponsors of college athletics had just 9 percent and 1.3 percent respectively. 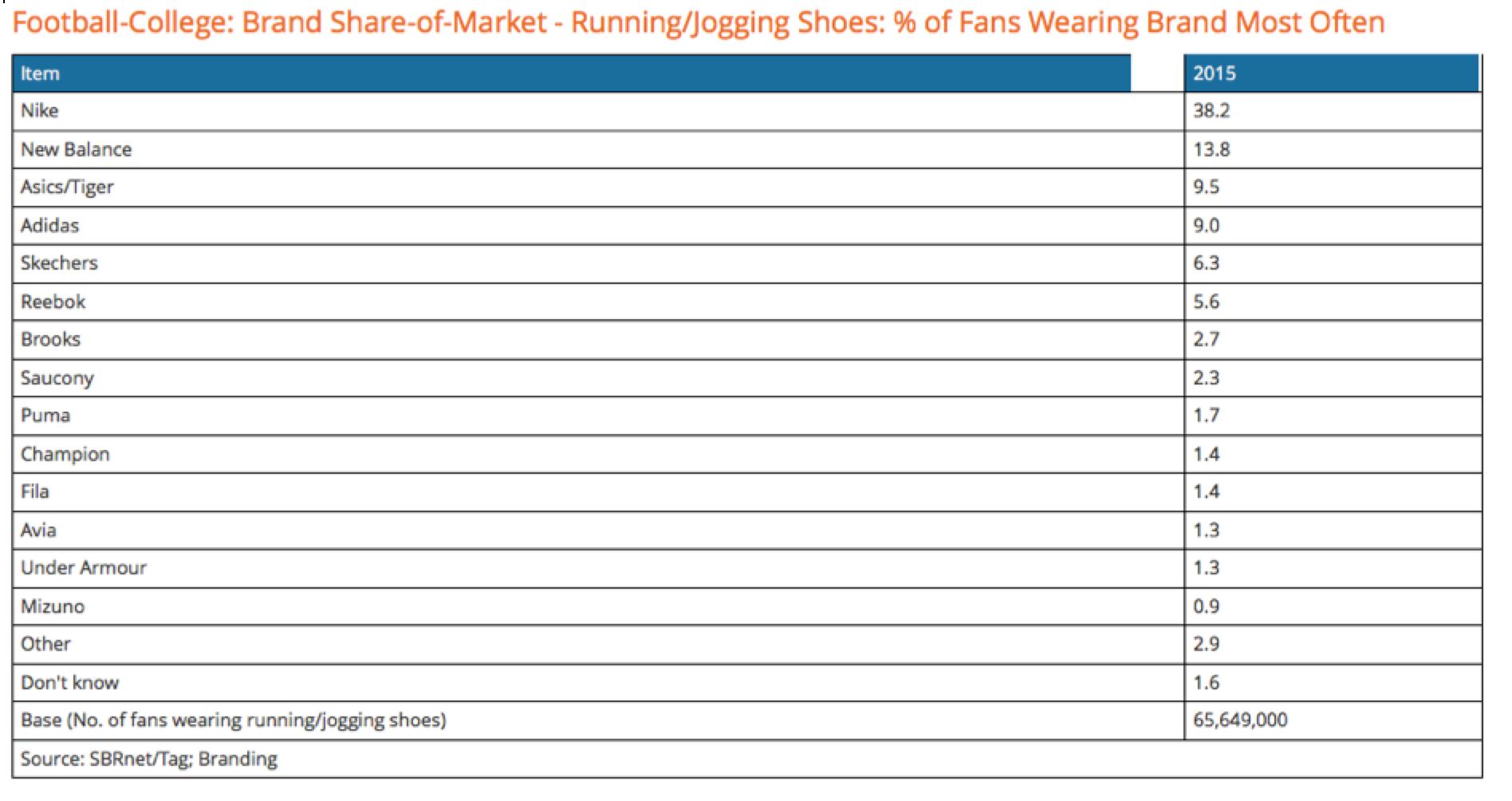 Surely with the next college football national championship team bearing the trademark swoosh logo, this number of Nike wearers will only continue to rise. Especially among the fans of the two teams looking towards the finish line.

And how can anyone argue that Nike does not help breed champions with the number of championships their sponsored teams have won? The name Nike has almost become synonymous with athletic excellence. The amount of pictures appearing bearing an athlete at the height of their career or accomplishing the highest achievement who is sporting Nike is pretty prevalent.

Additionally, this is a win for Nike due to their ability to corner the apparel market due to their team’s dominance. Shirts with the winning team and their logo will be in abundance following the game on Monday.

Nike has also been known to roll out special one-time uniforms for these high profile games. Uniforms that are said to utilize the best technology for the game, but certainly have flash and draw for the fans looking for their teams to not only play well but also look good.

While no special uniforms have been announced yet for this year’s big game, Alabama and Nick Saban typically reject these examples of showiness in favor of their tried and true traditional approach.

The debate on whether or not flashy uniforms brings in recruits is unsettled, but Alabama certainly does not have the problem of bringing in these top athletes or to win football games as this is their 5th trip to the title game in the last nine years.

While the winner of the game is yet to be decided, there is no doubt that Nike stands to gain from the publicity and scores of new loyal consumers they are set to gain.