College Football: Does It Really “Just Mean More” in the South?

Published on September 5, 2018 by Cameron Chase Cundiff   Share this on:

It is the chant that rocks the college football world, the one that fills so many fans with disgust, but many more with pride. A chant unlike any other in the sports world. And its nationwide prominence is more evidence as to why college football rules the South unlike anywhere else in the United States.

But is football in the South really that much more popular than anywhere else? To answer this, we can examine the attendance records from the last 5 years in the four main geographic regions of the United States: the West, Midwest, Northeast, and the South.

Before we do that, however, it is a good idea to know the geographic areas that are encompassed in these regions first. In the image below, provided by the CDC, one can get a clear-cut idea of what states are located in each region and where the borders are drawn. 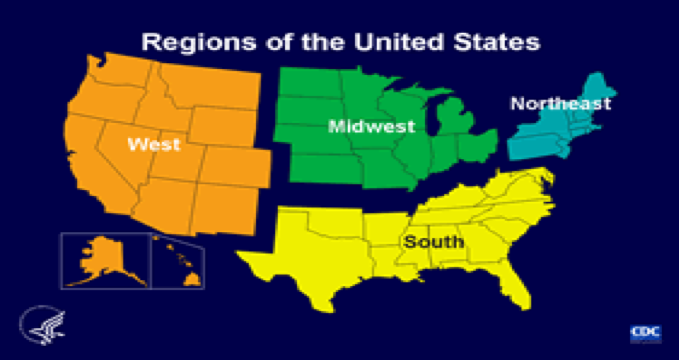 With that picture in mind, one can now accurately examine the attendance records for college football by geographic region. And for anyone that’s a college football fan, the results are dramatically surprising.

As can be seen in table 1 above, the South has led the attendance records for college football for many years. No other region has really come close to holding the dominance the southern region has for so long. It is a ridiculous phenomenon that is not replicated in many other places in sports.

But why is this the case? Why is the southern United States so obsessed with football, to the point where it practically puts other regions of the country to shame with its attendance? Is it that the South has the perfect grill to tailgate ratio? The fact that the sun sets just right on the horizon?

As the names would have one reason, the typically more dominant teams and better overall conferences make up the Power Five. Those would be the Atlantic Coastal Conference (ACC), Southeastern Conference (SEC), Big 10 Conference (B1G), the Big 12, and the Pacific Atlantic Conference (Pac-12).

Being that these five conferences contain what is supposedly the best football in the country, with regards to the 2018 college football national champions, UCF, one would assume that they are equally spread out over the country so everyone can enjoy them! Right?

Nope. In fact, the South actually contains the majority, if not the entirety, of three of these five conferences. The South gets the SEC, Big 12, and the ACC, while the Midwest contains the Big 10, and the West gets the Pac-12. The Northeast contains little more than a few ACC teams.

From this evidence, it should surprise no one that the attendance marks are so skewed to one region of the United States. The best football played at the top level of college football is consistently played in the South. And people will always flock to the best. In his most famous quote, Marino Casem, the longtime coach at Southern University, puts it best.

“On the East Coast, football is a cultural experience. In the Midwest, it's a form of cannibalism. On the West Coast, it's a tourist attraction. And in the South, football is a religion, and Saturday is the holy day.”

All data obtained from SportsMarketsAnalytics.com