After a record-low number of homeruns hit in the 2014 baseball season, the NCAA instituted a major rule change that altered college baseball. In 2015, the NCAA switched to a new baseball, modeled after a professional baseball and the effects of the change have been sending waves through the game for the past three seasons.

Game Changer: Differences in the Baseball

Game Changer: By the Numbers 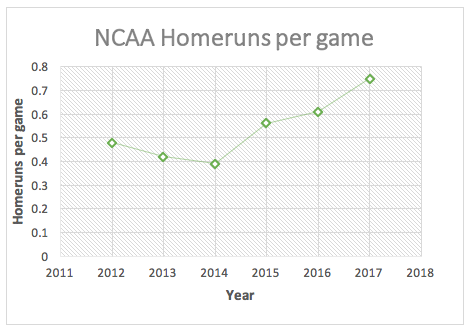 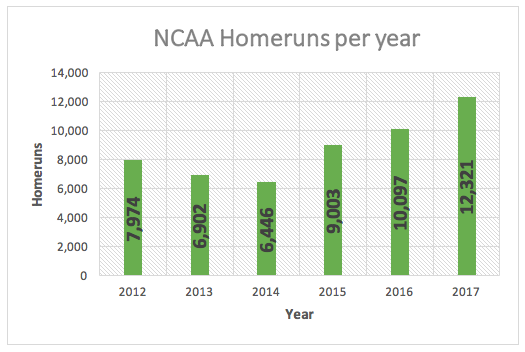 A large increase in homeruns, due to a change in baseballs, has led to changes throughout the sport. It intensifies pressure for recruiting powerful hitters to use flat-seamed baseballs for your team’s advantage. It also changes the game play as more teams have stopped sacrifice bunting and play for the long ball. However, with such an enormous increase in homeruns hit following the change in baseballs, I would not be surprised if the NCAA eventually did something to decrease the amount hit again. Although, homeruns are something that makes the game exciting. Players are getting stronger, swings are changing to hit fly balls, and in turn the homerun totals are steadily climbing. With that being said, the excitement and popularity will hopefully increase. If that is the case, the NCAA will just leave it be and college baseball will soar to new levels.