Since the early twentieth century, baseball has been considered "America's Pastime." It has been the sport that defines America the most, playing a massive role in America's culture overall. Presidents would regularly attend games, while icons such as Babe Ruth and Jackie Robinson are now discussed in American history textbooks for the impacts that they made on the country. However, with baseball being on the decline over the past few years, maybe it is time for a reevaluation of that title.

Many now argue that football should now bestow the honor of being "America's Pastime." Football now has the same crossover appeal that baseball used to have, while having data that shows that more people consume football content than baseball.

The Case for Football

Higher Attendance and TV Viewership Per Game for 2016 Season

According to SBRnet, the NFL had a total of 17,933,000 fans attend a live game in 2016. This number, when compared to the MLB's 32,360,000 fans, can be deceiving (SBRnet Attendance Profiles). At first glance, it may seem that the MLB had more people show to their games. However, one must take into account the fact that the NFL only plays eight home games per season, as compared to the 82 of the MLB. Therefore, the MLB plays over ten times as many games as the NFL, but has less than double the attendance, making the attendance for each NFL game far greater than the MLB.

Furthermore, when looking at TV viewership, the NFL outweighs the MLB, with 128,481,000 and 111,171,000 total respective viewers. When taking the discrepancy in number of games into consideration, it is clearly evident that more people watch the NFL both live and on TV (SBRnet TV Viewership Profiles).

A potential cause for these numbers is that the NFL better caters to the growingly short attention spans of Americans. With less games in the season, the NFL is much easier to keep up with. There is much more of an instant gratification from having teams play one game per week as opposed to nearly every day, better fitting the mold of the modern American. Also, although the length of games in both the NFL and MLB are similar, the NFL is widely considered to be more action-packed throughout the course of an entire game, thus being more captivating to fans for a longer amount of time.

In a previous study, the Samford Center for Sports Analytics compiled data from over 6.9 million American sports fans to determine the "relevance" of various sports properties. "Relevance" refers to the emotional attachment that fans make with a certain sports property, whether positively or negatively. The chart below shows the relevance rankings for numerous sports leagues and governing bodies. The ratings are on a scale from 1-100, but a league's relevance is considered "high" at 30 or above. An average relevance rating is around 15. 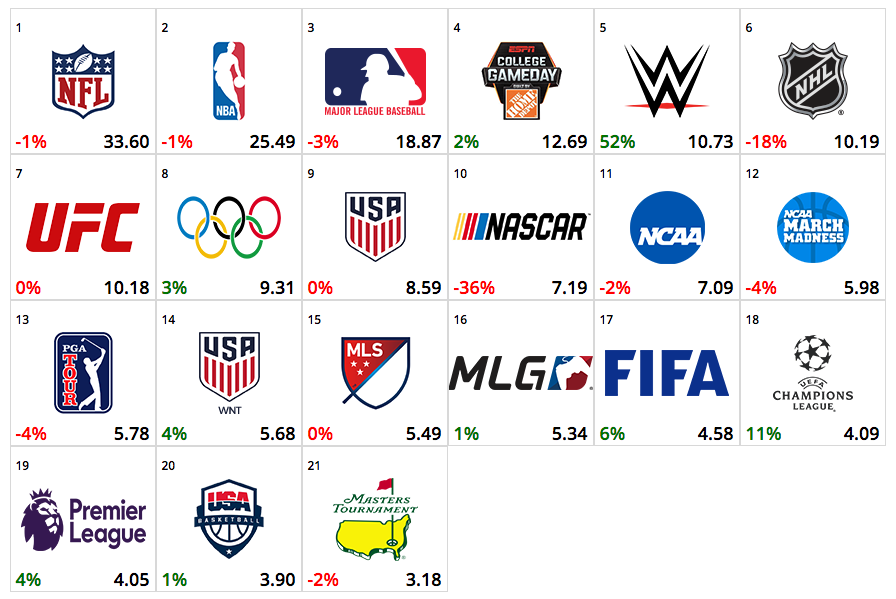 The NFL is the only league in America with a high degree of relevance. As proof of this relevance, one should look to the ongoing tension that is consuming the country regarding the league's Take a Knee campaign. The country is dividing itself into two different camps regarding the National Anthem as a result of the actions of various members of the NFL. It would be hard to argue that such widespread attention would be brought to the issue in any league besides the NFL.

A league's success can also be determined by the value of its teams. In such case, the NFL blows away the MLB in that regard as well. Every NFL team is worth over $1.6 billion, whereas seven MLB teams are worth less than $1 billion. Moreover, only ten MLB teams are worth more than the NFL's least valuable team, the Detroit Lions, worth $1.6 million. Along with the fact that the NFL has two more teams than the MLB (32 compared to 30), it is obvious that the NFL and its teams are much more valuable as a whole. The charts below further show this point (Forbes SportsMoney). 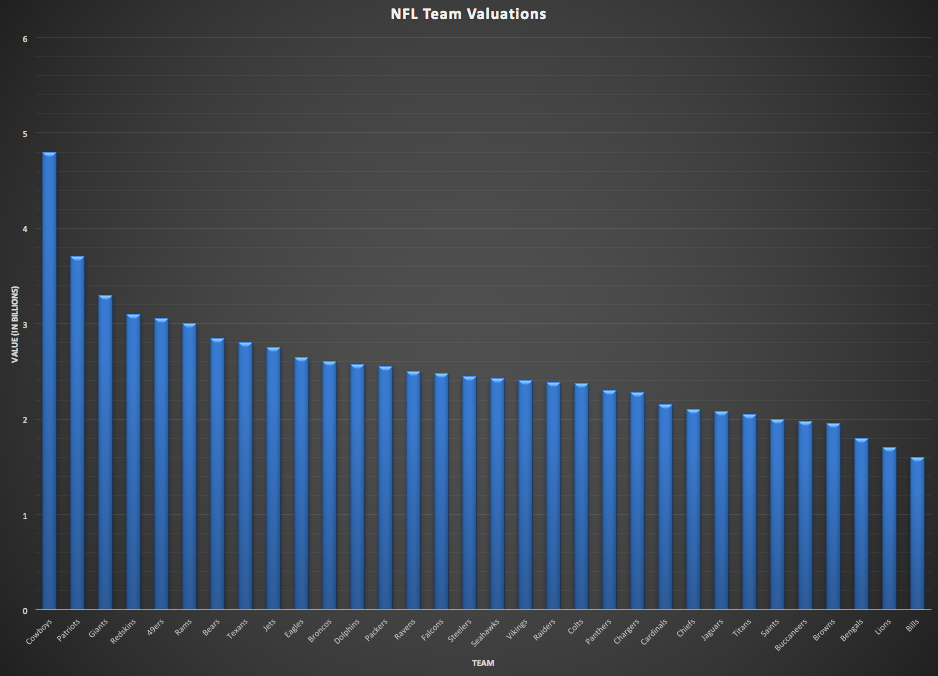 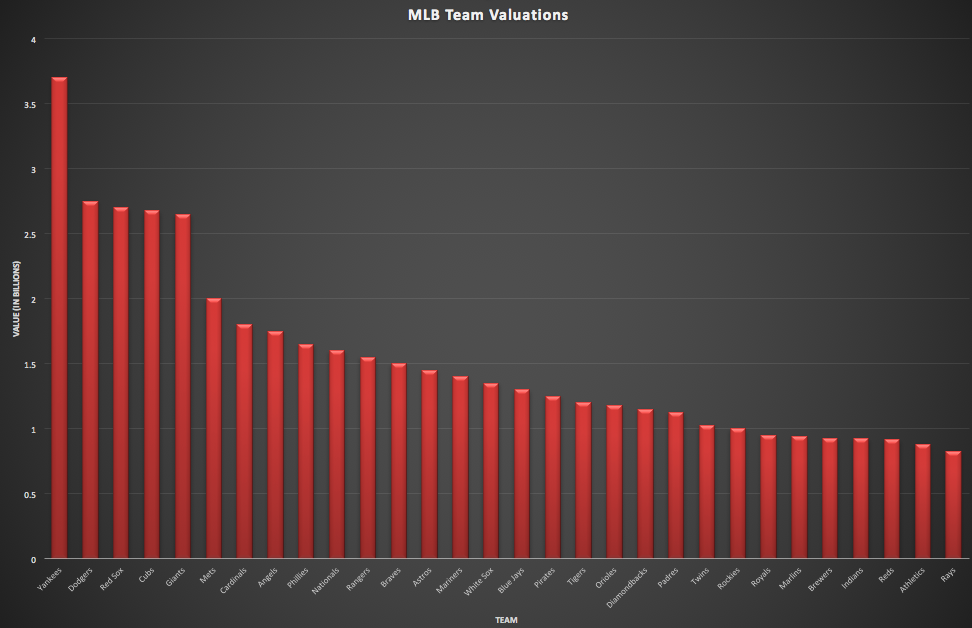 Teams are valued more when their fans are more involved and attached to them. Fans spend more money and give more time to teams that they care most about. As a result, sponsors and media outlets are willing to pay those teams more as well to be a part of that team's culture and success in an attempt to earn money as well. It is clear that NFL fans are more engaged with their sport's teams than the MLB, thus making their teams more valuable. While the MLB and baseball had a good run as "America's Pastime," it may be time to turn the reigns over to football, especially if college football's impact were to be added.