Is it worth moving to another city for struggling NFL franchises?

Why do so many NFL franchises move to another city? Is it in hopes to expand their brand by attracting a larger fanbase? If so, how successful has it been for teams that made the decision to leave their existing fanbase? Also, what happens when a city without any current NFL teams all of a sudden receives two teams competing for the same potential fanbase (Los Angeles receiving the Rams and Chargers)? Do the fanbases from the city that was left stay loyal to the team that left them, or does that city’s fanbase now select the nearest sports franchise as “their” team?

I ask all these questions because I believe that it is getting much more common for sports teams to abandon their original city in hopes of landing a larger or more passionate fanbase. I also want to see what the data says about how successful the transitions have been for these teams.

The NFL has seen several team franchises make the decision to jump ship from their based city; especially within recent years. The Cleveland Rams started their first season in 1937 and made the move to Los Angeles in 1946. They then moved left Los Angeles in 1994 and started their next season in St. Louis in 1995. Just twenty years later, the Rams moved back to Los Angeles when they started their 2016 season. Because Los Angeles is the city where the Rams cultivated most of their history from the start, it can be considered the hometown of the Rams franchise. Did the move to St. Louis in 1995 help build the sports franchise, or was it a poor executive decision from the start? How has the move back to Los Angeles for the 2016 season affected the franchise? According to Ramswire, the move to St. Louis made the brand become “irrelevant.” Not only that, but the Rams have skyrocketed in popularity since moving back to Los Angeles. In just the past year, the net worth of the Rams grew by seven percent, rising to $3.2 billion. This is the fastest growth of any team in the NFL. As can be seen in Figure 1, the revenue of the Rams made slow, steady improvements while in St. Louis. It made a large leap moving back to LA, with a small decrease in 2017. 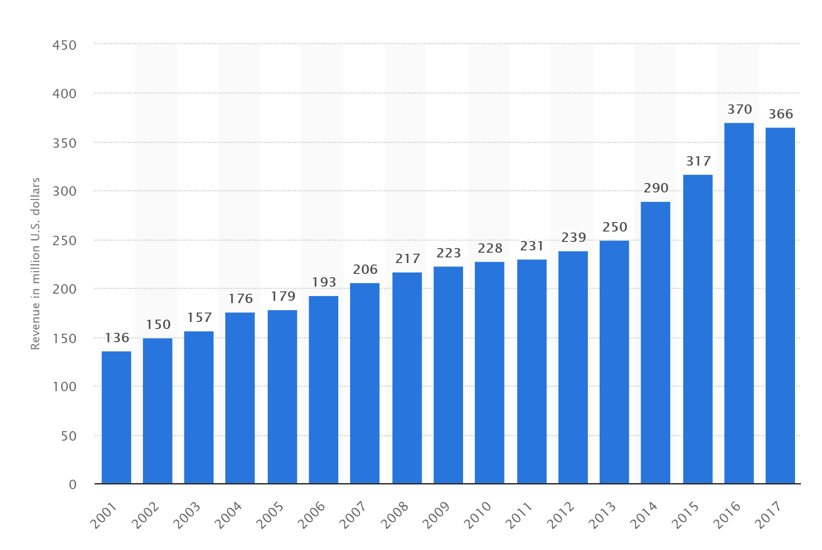 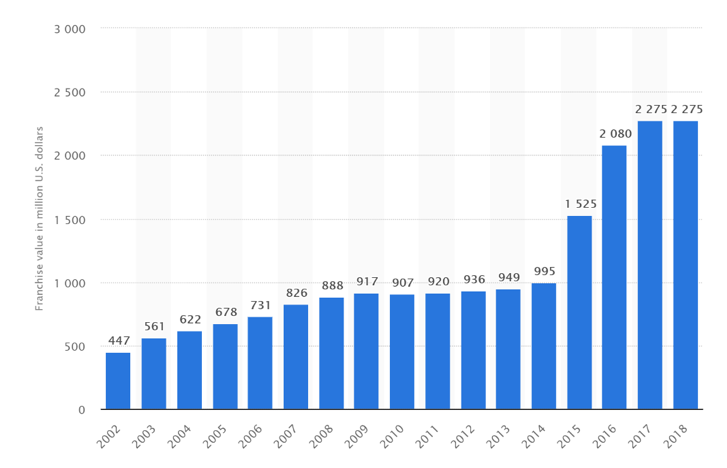 It is no surprise that not all moves are going to be instant successes. When the Rams moved to St. Louis back in 1995, the franchise flat-lined, only making small revenue increases from year to year. It wasn’t until the Rams moved back to LA after the 2015 season that the team made a surge in revenue and reaped the rewards of its established home franchise. The Chargers wanted to see if Los Angeles was also a fresh start that the franchise needed. So far, the Chargers have struggled in LA’s competitive market (especially with direct competition with the Rams). Only time will tell if the new stadium that will be built in Inglewood, California will be able to successfully fill the demands of the Rams and Chargers.