The Best Colleges and Conferences for NBA Prospects

For many high school players dreaming of the NBA, their college decision is driven by which school can best prepare them for the transition to the professional ranks. In addition to the school, the conference that the school plays in can play an important role in a recruit’s choice. This is common across all sports, as seen by the Southeastern Conference’s (SEC) dominance in football and the subsequent effect it has on recruiting. Based on 247sports composite team rankings, a SEC football team has had the best recruiting class in the country every year since 2009. No conference has been as consistently dominant in basketball, but the Atlantic Coast Conference (ACC) is generally agreed upon to hold the most talent year in and year out.

There are five major conferences, commonly referred to as the Power 5: the ACC, SEC, Big Ten (B1G), Big 12, and Pacific-12 (Pac-12). Other conferences are considered mid-majors, but some have more success than others. In recent years, the Big East has been better than some Power 5 schools, and the American Athletic Conference (AAC) has also had some good teams for a mid-major. Below is a table of each conference with the number of first round picks they have in the NBA and the total number of players in the NBA, based on the 2017-2018 season. The best conference for first round picks, based on quantity and percentage of players sent to the NBA as first round picks, is the ACC.

Unless they were engaging in any nefarious activities, getting drafted is the first time many college players will be paid for their basketball ability, and a first round pick makes a lot more money. The main difference between first and second round picks are the contract lengths and the amount of money. This chart from Business Insider shows the money breakdown by pick in the draft. The pay scale is straightforward and there’s not much negotiation to be done. After the first round, the total money becomes much less and only one or two years are guaranteed. While teams prefer high second round picks for their cost controllability, players would much rather be the last pick in the first round for the guaranteed money. 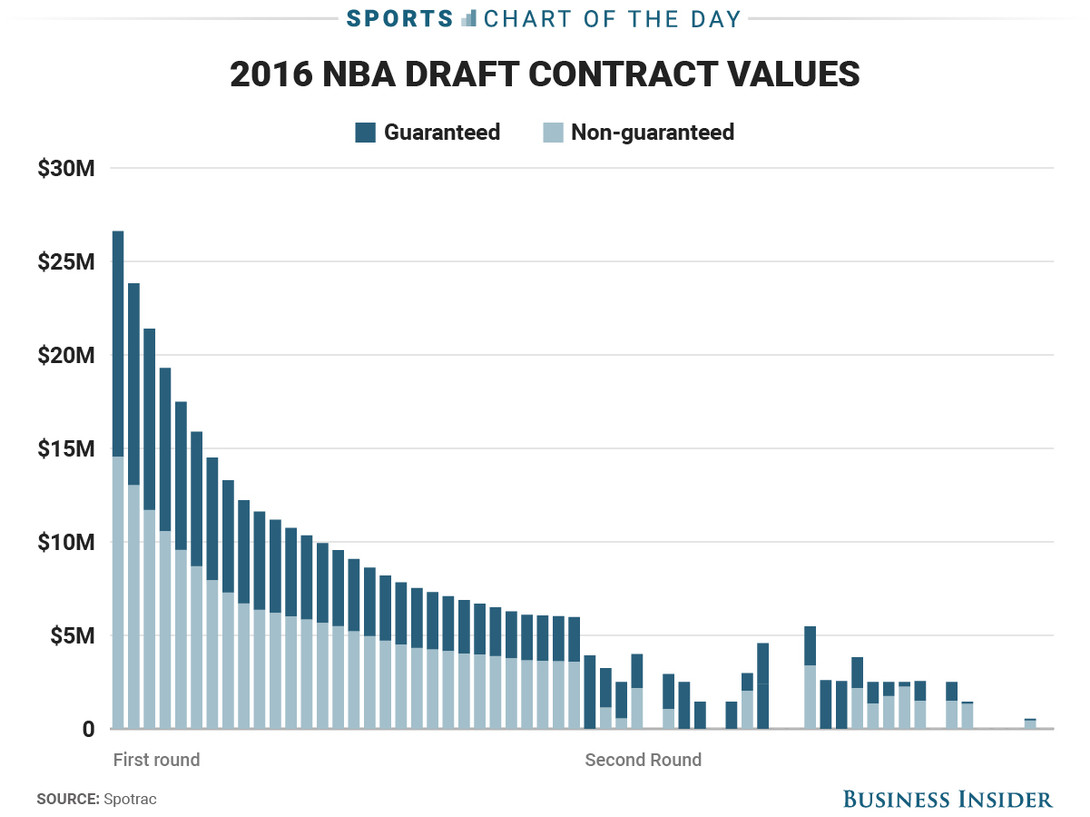 While there is no guarantee that going to a certain conference will increase one’s chances of becoming a first round pick, some conferences may be better at player development or have better reputations of their prospects skills transferring. The ACC has the most players in the NBA and the highest percentage of first round picks, outside of the American players that did not attend college (a small sample because of the implementation of the one and done rule). The conferences worst at producing first round picks were the AAC and other mid-majors. This is most likely a result of the lack of high profile recruits going to these conferences. This could potentially be from a lack of height and size. The players from the ACC and mid-majors in the NBA were below average in both height and weight compared to the average NBA player (6’7, 217.8 lbs). 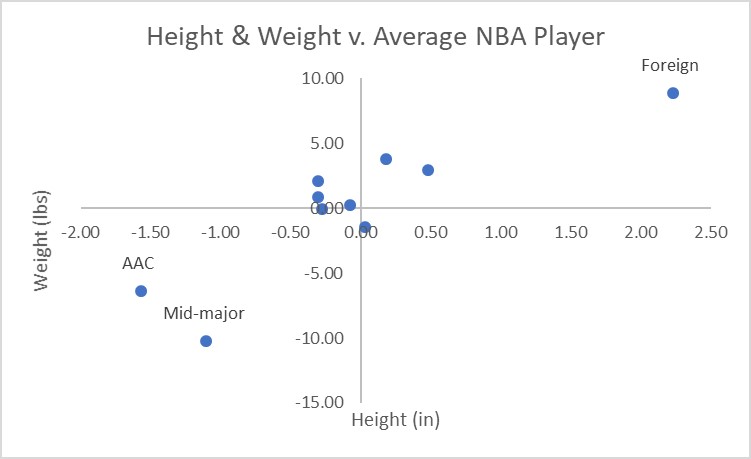 In addition to some conferences being loaded with first round talent, certain colleges also have a greater presence in the NBA. The best team at developing talent to be drafted has been Kentucky. Among the players in the league last year, Kentucky had more players that became first round picks than any other team had total players. Additionally, the average draft position of their first round picks were the highest at 10.5. Eleven of Kentucky’s first round picks were in the top seven whereas only five other teams had more than ten players total in the league. Besides Kentucky, Duke has also established itself as one of the leaders for high level recruits looking to spend one year in college and move to the NBA. They had the second most alumni play in the NBA last season and will be adding many more after next year’s draft because of a recruiting class consisting of the top three players overall and four in the top ten. 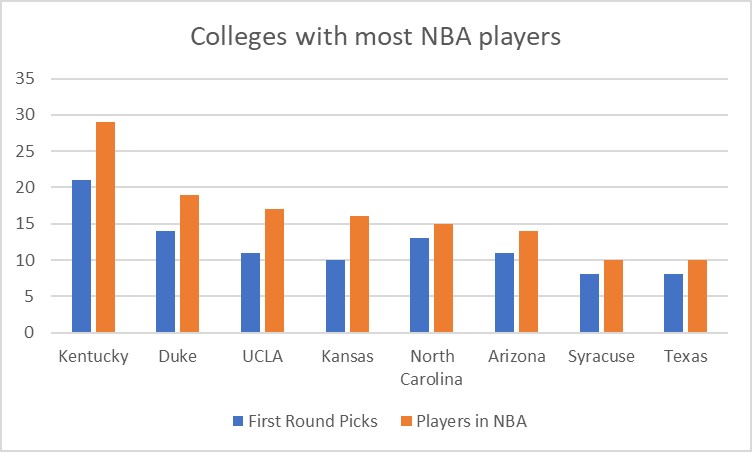 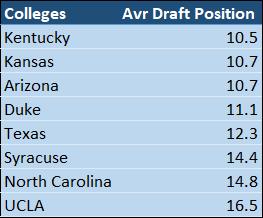 No school is guaranteed to improve one’s draft chances, but elite high school recruits end up going to the same schools for a reason. Kentucky and Duke, led by John Calipari and Mike Kzyschevski, have become factories for turning top ten recruits into lottery picks. Kentucky comes from the SEC whereas Duke plays in the ACC. The ACC has lead in players in the NBA and first round picks due to schools like Duke, North Carolina, Syracuse and Louisville attracting big name talent. The conferences and colleges will only be as strong as the talent that they attract. Because of their past success that has grown the reputations, and the stability in coaching staffs, it’s difficult to see Kentucky, Duke, or any other bluebloods not producing the majority of NBA prospects in the future.

Nick is a rising junior at the University of South Carolina double majoring in Statistics and Sports Management. He is looking to pursue a career in the NBA after graduation.