The U.S. Open Should Take Its Talents to South Beach

Published on September 4, 2018 by Matt Pittarelli   Share this on:

When LeBron made “The Decision” in 2011, it shocked the country and changed the landscape of the NBA as we know it. The first year was rocky, beginning with a slow start in the regular season and eventually a devastating loss in the finals. Ultimately though, the move was a great success resulting in two NBA championships for the Miami Heat in the ensuing years. The U.S. Open should make the same move.

With an oversized stadium and a smaller following in the northeast when it comes to tennis, New York should no longer be the focal point of tennis in America. The Grand Slam events should represent the pinnacle of tennis, creating an atmosphere unrivaled by any other event. As it stands, that is simply not the case. Bryan Graham points out the flaws in Arthur Ashe’s Stadium, and simply put, the largest tennis-purpose built stadium in the world makes it hard for spectators to truly enjoy the event as they should (Graham).

How can the United States change the atmosphere of its event to match that of Wimbledon, The French Open, and The Australian Open? A good start would be to get more passionate fans in the seats.

When it comes to tennis fans, the northeast is falling behind, especially to the likes of the South. 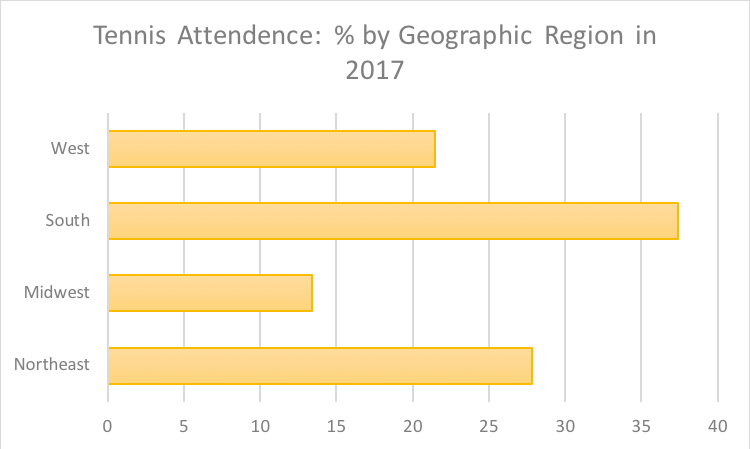 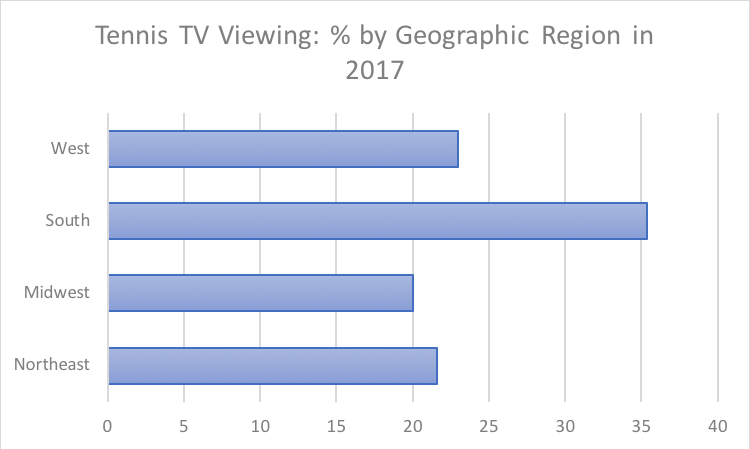 When it comes to tennis fandom, the south reigns supreme. Whether it is putting fans in seats or taking an interest from the comfort of their own home, tennis fans in the south are evidently more concerned with the sport than their northern counterparts. The North East, in fact, clocks in at third when it comes to television viewership by region. While they have no problem filling Arthur Ashe every end of summer, those tickets would go even faster and to more energetic fans if the event took place in a southern hub such as Miami.

The Miami Open used to be regarded as the “5th Slam” and not without good reason. The tournament attracted passionate fans not only from America but also from Mexico, Brazil, and Argentina. Packing out the house and bringing big names to the event year in and year out has made it one of the premier events in all of tennis.

Novack Djokovic’s former coach Marian Vajda went as far to compliment the fans in Miami when comparing them to the fans in California who attend Indian Wells, saying “The crowd is much better here than at Indian Wells, it’s more emotional” (Clarey).

While there are already a few events down south, highlighted by the Miami Open, if a bigger emphasis was placed on the event from a tour standpoint, fans and players alike would reap the benefits. Like LeBron’s move to Miami, it would be paved with challenges and initial backlash. Arthur Ashe Stadium is a historic venue that has always represented what tennis in America is to the rest of the World, but perhaps it’s time to look forward. Moving a grand slam seems like a ridiculous thought, but in a world where the tennis market is not exactly increasing at an exponential rate, rewarding the biggest tennis fans seems like the right move.

After all, it worked for The King.

This blog post was written by Samford University student Matt Pittarelli. You can learn more about Matt Pittarelli at https://www.linkedin.com/in/matt-pittarelli-832840128/.

Graham, B. A. (2017, August 28). US Open: Why Arthur Ashe Stadium is the worst sports venue in America. Retrieved from https://www.theguardian.com/sport/blog/2017/aug/28/arthur-ashe-stadium-us-open-tennis