The MLS commissioned the Boston Consulting Group to conduct a research study seeking to ascertain why North American soccer fans watch the sport, regardless of league, and what MLS clubs could do to build deeper fan relationships. It has evolved over the last 3 years into a mid-seven-figure investment in analytics, data and research, helping the MLS create a strategic framework to deepen fan engagement and increase revenue. 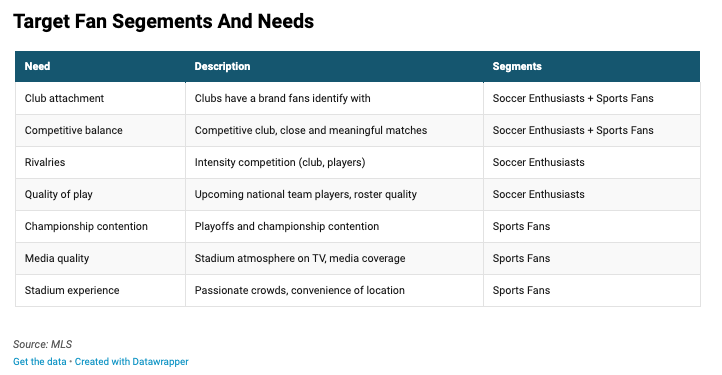