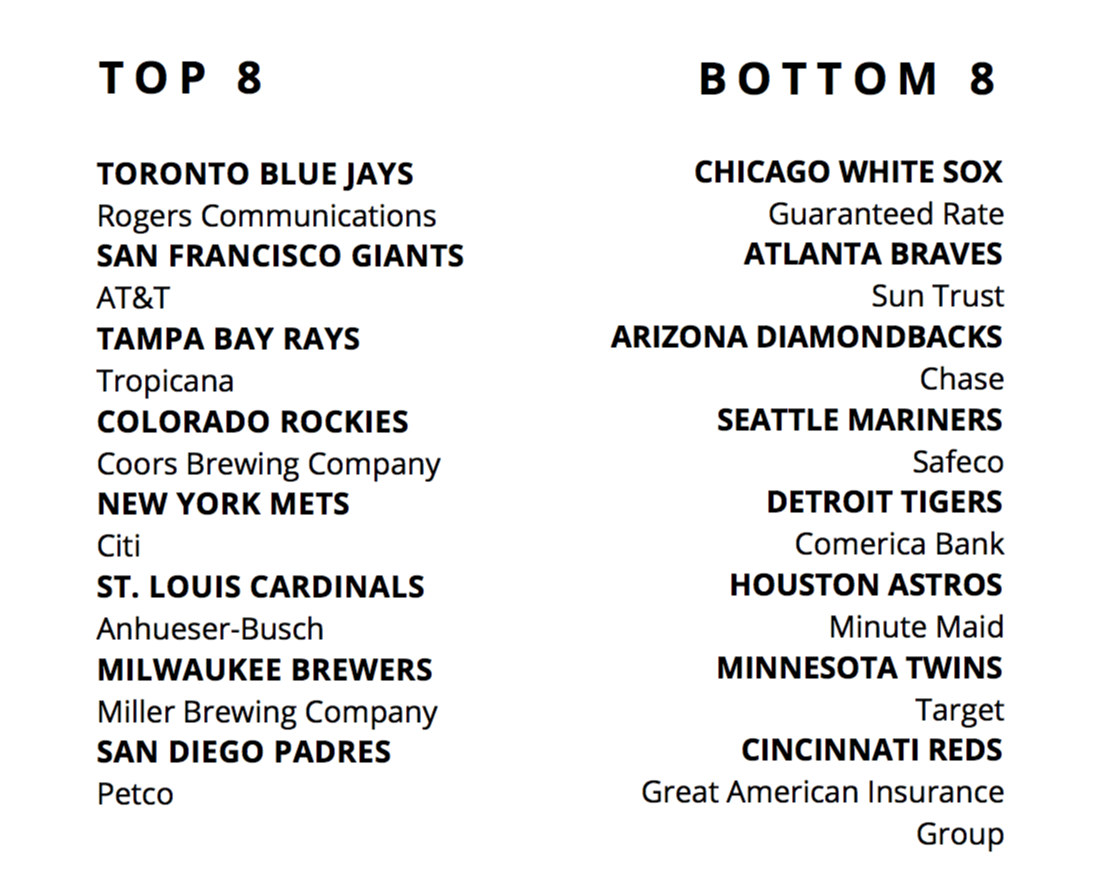 The contributing factors to success are based on the independent variables in the regression, distance, sponsor category, and sponsor size. For distance, the further the sponsor's headquarters are from the city where the stadium is located, the lower the percentage of team followers compared to MLB followers. Seven of the top ten teams are located in the same city as the sponsor. The sponsor category that performed the best in the MLB is telecommunications, with the largest percentage of their team's followers compared to other industries. Companies within the Insurance industry performed the worst. As for sponsor size, sponsors that are nationally known found the greatest level of success in comparison to locally, regionally, or globally known companies. This result is consistent across all professional leagues.

Comparing the Colorado Rockies, Milwaukee Brewers and St. Louis Cardinals across the three brewing companies that sponsor an MLB team, Coors, Miller, and Anheuser-Busch, we found that each sponsor had the highest number of followers from the team they sponsor. Based on these results, we can conclude that a Colorado Rockies fan would be more likely to be a customer of Coors than a Brewers or Cardinals fan. But, each brewing company is located in the same city as the team they sponsor, which would factor into the higher number of followers, based on the results of the regression. The height of the line on the graph below is the number of mutual followers between each team and the sponsor. 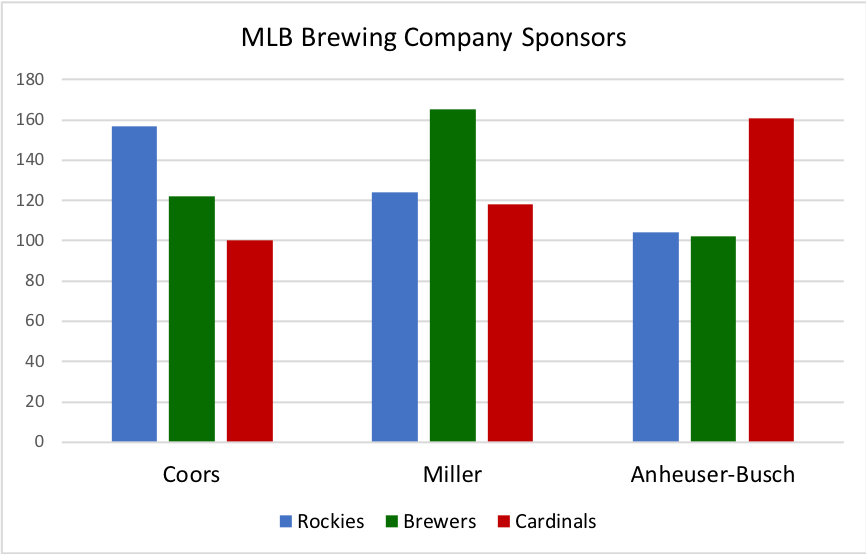 Similar to the beverages comparison, each sponsor had the most mutual followers from the team they sponsor. So, with Twitter followers as our metric for sponsor success, Citi Bank, PNC Bank and Citizen's Bank would be considered successful for sponsors in their industry. In selecting banks within the same region, we also lose some of the location bias, allowing for a more accurate analysis. As a nationally known bank, Citi Bank has more followers, further showing the increase in success at the nationally known size as compared to regional banks such as PNC Bank and Citizen's Bank. Of the three banks, Citi is the only bank within these three to place in the top ten. 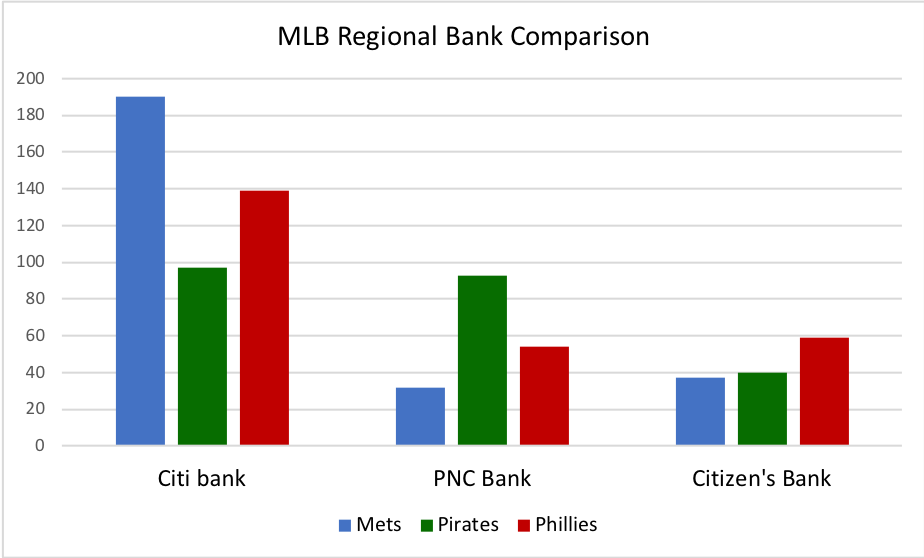 Compared to other leagues, Major League Baseball performed the second worst. The NFL, NHL, and NBA all performed better on average, while Major League Soccer was the only team to perform worse. The MLB is also the only league in which the Telecommunications industry found the greatest success. As compared to traditional sponsorship metrics, calculating the increase in percentage between the mutual team followers and the mutual league followers found similar results. Nationally known sponsors located in the city of the stadium perform the best across all leagues. Areas for future research would stem from the weakness found in the location bias. Looking at team followers that are not located in the same city as the team would provide the opportunity to eliminate the bias found for sponsors located near their team.